Mercedes’ Super Bowl Ad Is The Stuff Of Nightmares 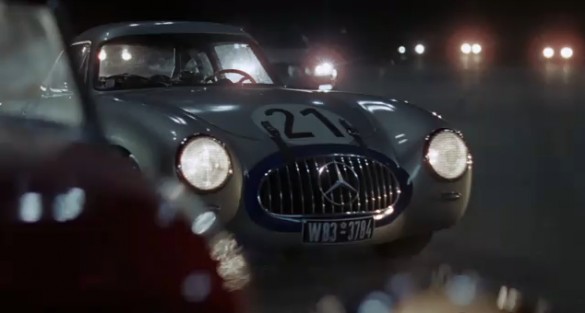 No matter what the car's thinking, it isn't good.

I’ve got to give a nod to Mercedes’ Super Bowl ad, which seems to have gotten lost in the hype surrounding the other ads and Christina Aguilera’s butchering of the national anthem. It was cool to see Mercedes roll out some vintage iron in honor of their 125th birthday, like the SL (230, I think) that had Janis Joplin tuned in on the radio or the 300 SL that was rounding up sheep. The Patent Motorwagen being passed by their latest concept was also a cool visual, but the idea of sentient motor vehicles is the stuff of nightmares if you ask me. Video below.

If you don’t believe me, try reading the Stephen King short story “Trucks”, or his full length novel on the subject, “Christine”. If movies are more your taste, you could always rent “Maximum Overdrive”, although I wouldn’t sentence anyone to sitting through that bomb. If you can find it, the 1970’s TV movie “Killdozer” is yet another example why cars and trucks that think for themselves are a bad thing. Like Diddy, the best you could possibly hope for is wandering around a parking lot of abandoned vehicles, their tanks empty and their electronic brains filled with malice. Is that really something you want to do in your bathrobe, before your first cup of coffee?