Ford Ramps Up Production In The U.S. 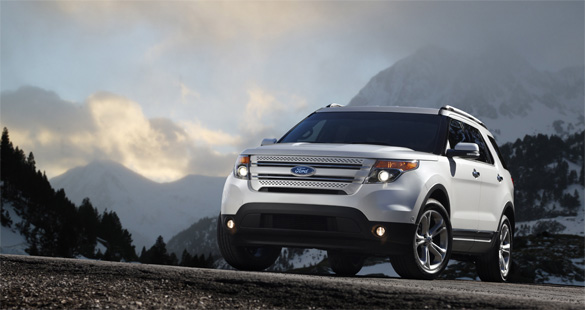 Dealers only have a one week supply of the new Explorer. Image: Ford Motor Company

Just a few years ago, Ford’s future looked anything but bright. Their product mix was aging and uninspired (does anyone remember the Ford 500 or Freestyle?), and the most positive thing anyone could say about the blue oval brand is that sales were less disappointing than their cross-town rivals. Thanks to a string of product successes, like the 2011 Mustang, the 2011 Explorer and the 2011 Taurus, Ford is once again on top of their game. Sales were up twenty-seven percent in January and demand for the new Explorer is so great that dealers have less than a ten day supply on their lots. As an automaker, demand exceeding supply is a very good problem to have.

It’s still a problem, and Ford has announced that they’ll increase production by 13% in the first quarter of 2011 to address supply issues. Additional assembly workers will be hired (recalled, most likely) and plants will add a third shift as demand for product dictates. Ford plans additional production increases later in the year, and has already stated their intention to hire 7,000 new employees in the next two years. If the Focus and the upcoming Escape replacement prove to be as successful as Ford’s other new models, even that may not be enough to meet demand.