Chrysler Rolls Out 200 Convertible For Chicago 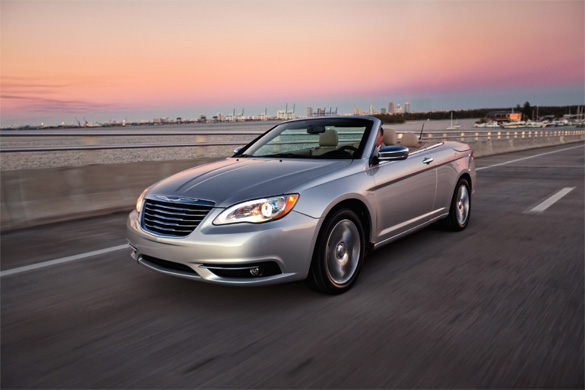 If you’re at the Chicago Auto Show this week, chances are good you’re not driving a convertible (at least not with the top down). The cold weather isn’t stopping Chrysler, who plans to unveil the new 200 Convertible in Chicago. Chrysler wants us to know the 200 is no Sebring drop top, and their press release emphasizes the changes. The 200, we’re told, is “redesigned, re-engineered, re-packaged and re-priced for 2011”. In other words, throw out any preconceived notions you may have had about Chrysler convertibles based on past experience.

One of the areas stressed by Chrysler is the new car’s “elegant craftsmanship” and “refined driving experience”. The improvements in handling come largely from a suspension that has been thoroughly redesigned, retaining only six suspension bushings (of 28) from the old Sebring. Engine choices are new for 2011, and include either the 3.6 liter Pentastar V6 or the 2.4 liter World Gas I4. On the inside, the cars get a redesigned interior, complete with an available media center, voice command infotainment system, Sirius Travel Link and a 30 Gb hard drive for storing images, music or movies.

Prices start at $27,195 for a base Chrysler 200 Convertible Touring, and go up to $31,990 for a well equipped Limited version. Chrysler also has a sport version in the works, called the 200 Convertible S, but didn’t provide details on pricing. Expect Touring and Limited versions to hit dealer showrooms early in the second quarter, with S model convertibles following later in the year.