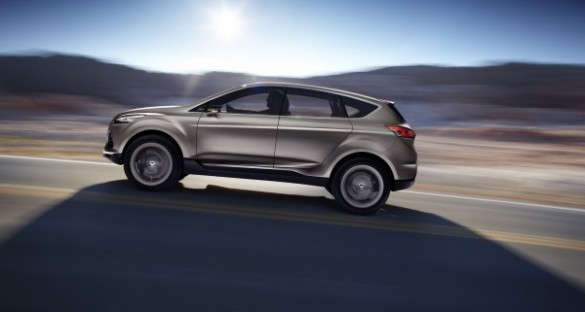 Let the speculation, rumors and guessing begin: Ford has promised to reveal a “groundbreaking new vehicle” at next month’s Geneva Auto Show. We know what it won’t be, since Ford’s already debuted the Focus Electric and the Vertrek SUV as a likely replacement for the aging Escape. It probably won’t be a variant of the new Ranger pickup (although Ford will show the Ranger Wildtrak in Geneva) since we’re not getting it here. I doubt it’s the C-MAX, since we’ve already seen the minivan-in-three-quarter-scale at the Detroit Auto Show. Could it be the rumored sport version of the Fiesta? Not likely, since that’s awaited but hardly groundbreaking. Could it be the hybrid successor to the Ford GT? Perhaps…

Ford isn’t leaking any more details other than their bombshell teaser. Most of their global leadership will be on hand for the announcement, and Ford CEO Alan Mulally will appear via video cast from Germany. That means it’s reasonable to assume the new vehicle will be sold in multiple markets across the globe, including the United States. The Geneva International Motor Show starts on Thursday, March 3rd, so be sure to check back here for updates.