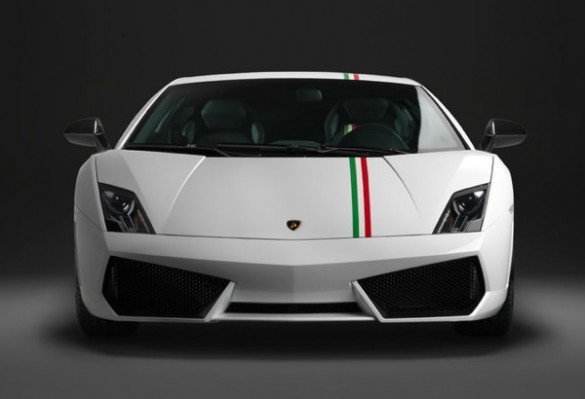 When Italian supercar builders release a special edition version of their product, “tasteful” isn’t usually the first word that comes to my mind. Most have garish paint schemes and vinyl decals that look like they were razor cut by a baboon. Wearing a blindfold. Worse, most have giant wings and more carbon fiber than an F1 starting grid. That’s why Lamborghini’s Gallardo Tricolore, built to commemorate the 150th anniversary of Italian reunification, is so stunning. If anything, it’s even more subdued than a regular Gallardo, with the single distinguishing feature being the Italian flag stripe that runs down the car and through the interior. It’s definitely a case of “less is more” when it comes to style.

There’s no further details about the Gallardo Tricolore available just yet, so I can’t tell you haw many will be built, what they’ll cost or even if they’ll be sold outside of the EU. We also don’t know if this special edition gets more horsepower or whether it will come in AWD, RWD or both. Lamborghini will officially roll the car out in Turin next week, so we’ll give you an update (and more pictures) then.