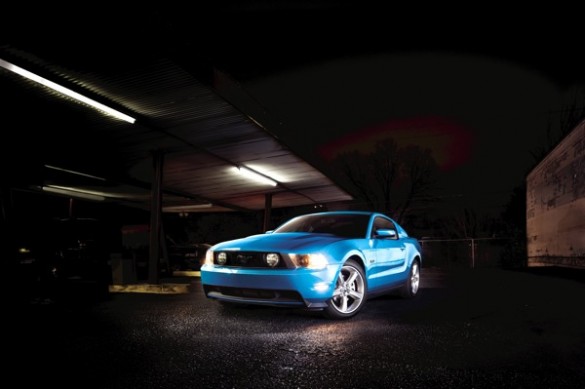 I’ll go ahead and answer that question for you: yes, you really do want to win yourself a new Mustang GT. If you live in the 48 Continental United States, are over 18 and don’t work for one of Ford’s agencies or suppliers, you can register to win a 2012 Mustang GT at Mustang 5.0 Fever, or by entering at select NHRA events throughout the year. One winner will be chosen on December 9, and that lucky person grabs a 2012 Mustang GT plus $5,000 worth of go-fast parts from Ford Racing. You can go ahead and put your name in the hat, but I’ve already got you beat and I’ll be building my parts list from the Ford Racing catalog soon.

I’ve always liked Mustangs, but never enough to actually buy one. They were always cars that I wanted a neighbor or brother-in-law to own; that way, I’d get to borrow the keys on occasion without committing to a purchase. Pre-2011 Mustangs sounded cool and were reasonable fun in a straight line, but no Mustang GT would have been my first choice for a track day car. The 2011 Mustang GT changed all that, and it really is a case of the whole being better than the sum of the parts. The 5.0 liter Coyote V8 pulls like a freight train when you put your foot in it, yet it’s surprisingly docile around town. The car sticks to the road like Charlie Sheen to a crack pipe, and feels a whole lot lighter and better balanced than you expect it to. In fact, I’d take a base Mustang GT over the Shelby GT500 for track day use, since the GT is a better balanced (but admittedly slower) car. In my opinion, it’s the best performance bargain on the market today, which is why I’ll be so stoked when Ford calls me on December 9.