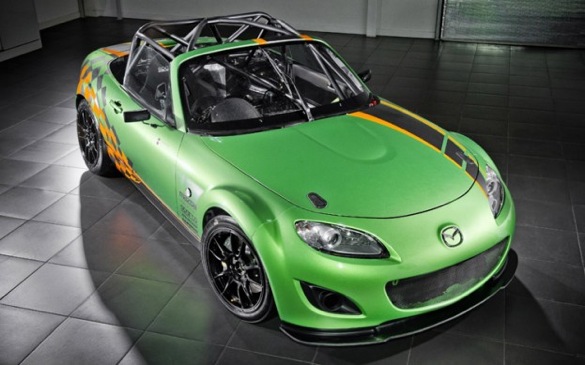 I’m a huge fan of the MX-5, because it really does represent the best handling car for the money. Sure, it’s not particularly fast in a straight line, but the bonus is that you rarely need to hammer the binders for a corner. The MX-5 forgives a lot of mistakes, but it also teaches you wrong from right in a very controlled manner. I’ve owned two (a ’93 B Package and my current ’06 Sport), which breaks my own cardinal rule of “life’s too short to have the same ride twice”. As good as my ’06 is with suspension and exhaust mods, it’s no match for the MX-5 GT cooked up by Jota Sport. For starters, there’s the issue of weight: my car probably tips the scales at around 2,460 pounds, but Jota’s MX-5 GT weighs in at just 1,873 pounds. Shaving a few hundred pounds off an already light car is difficult, but shaving nearly 600 pounds borders on the impossible. Every area that could be lightened was, thanks to tricks like polycarbonate windows, a carbon fiber dashboard and an acid-dipped body. Kids, don’t try this at home. 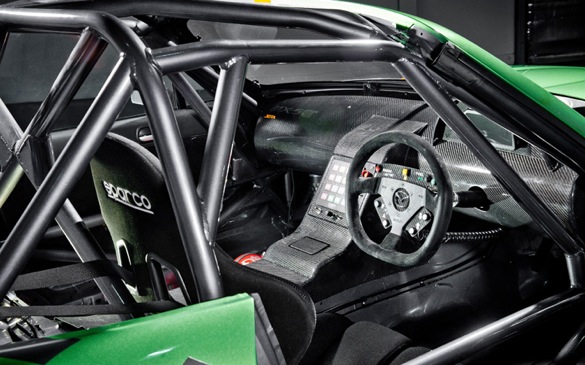 Next, Jota upped the power from 167 horsepower (the MX-5’s baseline) to somewhere around 275 horsepower. They don’t give details, but I’m guessing there’s a Cosworth blower under that hood, along with some very aggressive ECU tuning, a custom cold air intake and a hand-built exhaust. The combination of less weight and more power makes for a seriously quick Miata; how does a zero to sixty time of three seconds sound, or a top speed of 160 miles per hour? The company doesn’t give details on brake upgrades, but the stock car is good enough to pull the glasses off your face; this thing probably pulls your eyeballs out of their sockets.

Built up Duratec motors have a tendency to be fragile if the ECU re-mapping isn’t done properly, or if you get too aggressive with how much boost your pushing. Jota Sport knows how to build cars, so it should be interesting to see how this MX-5 does in the 2011 Britcar MSA Endurance Championship. The first race is this weekend, and I’ll be combing the internet for updates come Monday morning.