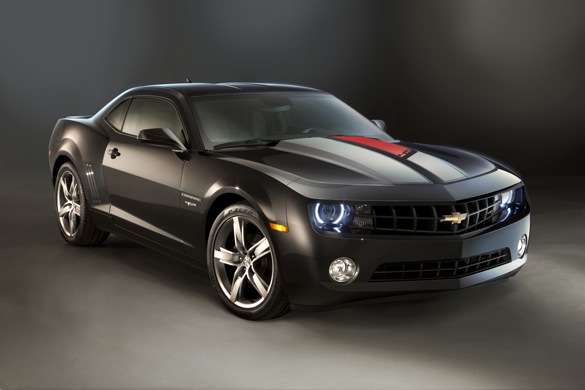 For years, V-6 engines have been built the same way. The heads bolt to the engine block, and the exhaust manifolds bolt to the heads; the design has been proven for the past hundred years or so, so why mess with a good thing? Fortunately for us, the engineers working on Chevrolet’s V-6 engines aren’t satisfied with the status quo, so they’ve designed a better mousetrap. By casting the exhaust manifold into the aluminum head, Chevy’s engineer’s have managed to shed 12 parts per cylinder head and have shaved a total of 13 pounds off the weight of the finished engine. The net result is an increase from 28 mpg highway in 2011 to 30 mpg highway for the 2012 Camaro V-6.

The new head design, on the right. Image: © GM Corp.

But we enthusiasts care more about additional horsepower than a few more mpgs, and Chevy has delivered here as well. This year’s 3.6-liter V-6 gets larger intake valves (38.3 mm, vs. 36.9 mm) and 10 percent better exhaust flow than last year’s V-6, resulting in an increase of 11 horsepower. The 2012 Camaro V-6 is now rated at 323 horsepower, which gives it a clear advantage over Ford’s 305 horsepower V-6 in the Mustang (which, admittedly, is a lighter car than the Camaro).

By eliminating the conventional cast iron exhaust manifolds, Chevy was able to make the 2012 3.6-liter V-6 some 4.6 inches narrower, and they were able to move the catalytic converter closer to the exhaust point, which lowers emissions. It’s quieter at idle, too, but I’m not sure I’d brag about that to pony car buyers. Still, what’s not to like about more horsepower, less weight and better fuel efficiency?