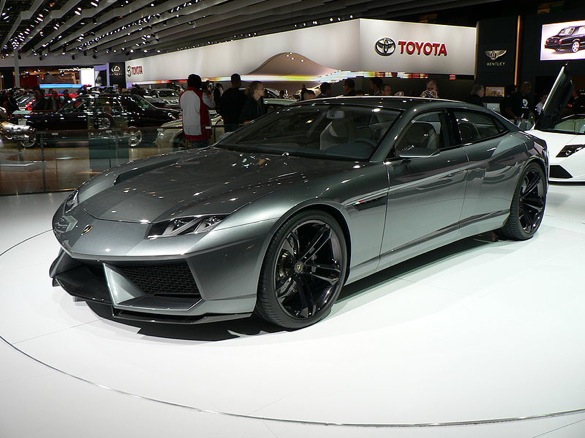 One of the cruelest myths of childhood is that you’ll someday be able to afford the real versions of all those Hot Wheels and Matchbox cars you played with as a kid, or even all those plastic model kits you lovingly crafted. The truth is that few of us ever earn the kind of income to make such dreams come true, especially after you factor in the cost of all those things you didn’t need to worry about in childhood. Who knew that food and clothing cost money, and that houses are very, very expensive? If you do get to the kind of income where buying a Lamborghini is possible, you soon learn the other cruel reality: supercars may look like fun and may offer breathtaking performance, but they suck to drive in traffic and you’ll rarely get the chance to open one up on public roads. After the initial “look at me” thrill is gone, most supercar owners bring their cars out only for special events and track days, which seems like a cruel waste of potential.

Lamborghini feels your pain, and their CEO has confirmed rumors that the company is working on a line of daily drivers. Stephen Winkelmann told reporters at a Reuters news conference that Lamborghini is working on a third model line, in order to present buyers with what he called an “everyday car.” Since Lamborghini is owned by Volkswagen, it would be fun to speculate on what such a car would be. A Passat-based sedan with the 5.2 liter V-10 from the Gallardo? A Jetta Sportwagen based Lambo with the 6.5 liter V-12 from the now-discontinued Murcielago?

The answer is probably C, “none of the above”. Expect Lamborghini to start with a more sedately powered sedan, probably along the lines of their 2008 Estoque show car. Don’t expect Lambo to play in VW’s market, either; instead, I’d see them going after customers who’d shop the Porsche Panamera Turbo or the Mercedes E63 AMG. In other words, Lamborghini will produce an “everyday car” for the kind of buyer who already owns a Lamborghini, not for the kind of buyer who’s shopping the Infiniti G37 sedan.