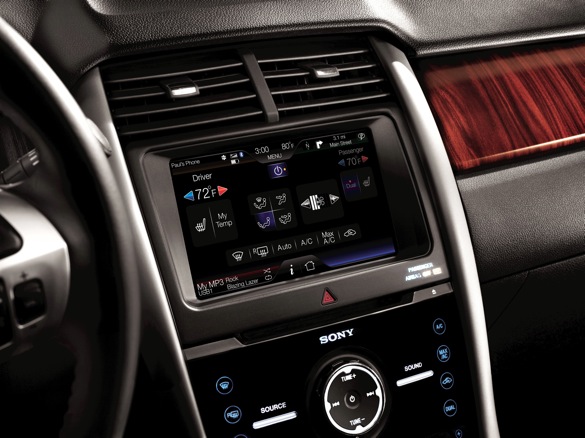 Last year it was Toyota’s turn to get a beat-down in J.D. Power’s annual study of initial quality, thanks to ever-present headlines about unintended acceleration and a string of product recalls. This year it’s Ford’s turn, but their disappointing showing has little to do with product quality; instead, it’s more about Ford taking the lead in vehicle infotainment systems.

In 2010, Ford ranked fifth for initial quality. In 2011, the complexity of their MyFord Touch and SYNC systems saw the automaker plunge to 23rd position in the initial quality report. Despite a few well-documented problems with MyFord Touch (such as the occasional screen freeze), much of their fall stems from the fact that consumers simply can’t grasp the operation of MyFord Touch systems, and the specific sequence of voice commands required by SYNC isn’t always intuitive. To remedy this, Ford is borrowing a page from Apple’s playbook and launching a Genius-Bar-like service at Ford dealers, where product experts will (patiently) guide customers through the operation of MyFord Touch and SYNC.

As for actual product manufacturing defects, Ford fared well and earned two quality awards for their Taurus sedan and their F-150 pickup. Toyota, who had fallen to 21st overall in last year’s study, climbed back to seventh position, with above-average quality (fewer defects) on their vehicles.