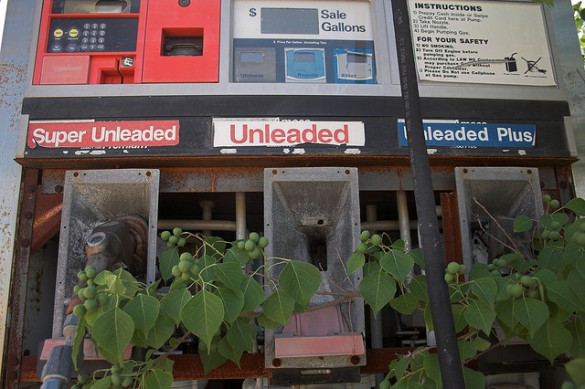 Last Friday, the Obama administration announced that a deal had been reached on new Corporate Average Fuel Economy Standards for cars and light trucks between 2017 and 2025. It was a mixed bag, with both the federal government and the automakers compromising to achieve results each side could live with. Even California, who reserves the right to set their own fuel economy and emission standards, bought into the new fleet-wide requirement of 54.5 mpg by 2025.

If you’re an enthusiast, it’s easy to be alarmed by these numbers. By EPA ratings, not a single gasoline-powered vehicle achieves this today. In fact, only the Toyota Prius, at 51 mpg city and 48 mpg highway, comes close. Does this mean we’re looking at a future of driving cars even less entertaining than the Prius? Are the golden days of muscle cars and sports cars behind us?

Not necessarily, because buried in the new fuel economy standards are some exceptions that aren’t well publicized. First, there isn’t a direct parallel between a CAFE rating of 54.5 mpg and an EPA rating of 54.5 mpg. The CAFE rating is based on a complex series of variables, and the fuel economy standard is overstated compared to the EPA rating. I don’t have a conversion chart, but understand this: 54.5 mpg under CAFE isn’t 50 mpg under EPA, and it’s probably not even 40 mpg. It may not even be 35 mpg.

Next, there are “allowances” granted to automakers for being environmentally friendly. Opt to use a refrigerant that’s environmentally friendly, and you get a credit that can be applied to lower your CAFE average. Build an electric car? That’s another credit, even if you only sell a handful. Build a hybrid? That’s another credit to lower your overall score. Using Ford as an example, the Focus Electric will offset the Mustang Shelby GT500, ensuring that both cars (or their equivalents) can still be found on the showroom floor.

By 2025, cars will be more fuel efficient. They’ll be lighter, with smaller and more efficient engines. Hybrids will be common, but that may turn out to be a good thing for sports car fans as hybrid technology goes more mainstream. Imagine a car with perfect weight distribution front to rear, that has AWD thanks to a standard drivetrain plus electric motors, and still gets better than 35 mpg. By 2025, I’d be willing to bet that performance hybrids are faster than today’s muscle cars, for about the same kind of money. If that’s really the future, I’m pretty sure I can live with 54.5 mpg.