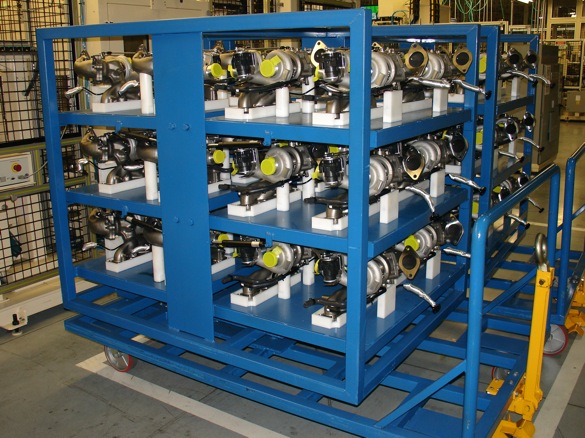 If you want to get substantially better fuel economy out of a car or truck, your options for doing so are somewhat limited. You can lighten the vehicle, but doing so is likely to reduce overall strength or substantially increase the price. You can add a hybrid drivetrain, but that adds weight, increases complexity and adds to the price. You can downsize the engine, but few drivers are willing to accept a significant reduction in power just to gain a few more mpgs. There’s another choice, though, and it’s one that’s being rapidly embraced by manufacturers as the best and most cost-effective solution: downsize the engine, and then turbocharge it.

In the old days, turbos had a questionable reputation for reliability. Formula One engines of the 1980’s, for example, were small displacement, turbocharged four-cylinders that ran massive amounts of boost to create power. Calling these engines fragile is an understatement, and spectacular engine failures were common. Even on road cars, turbos often experienced bearing problems related to oil circulation, and engine failure was far more common than on less stressed, normally aspirated cars.

Not so with the new generation of turbocharged cars. Ford’s EcoBoost, for example, runs a modest amount of boost, but pumps the additional air into an engine that already has high compression and gasoline direct injection. High compression and turbocharging used to be a recipe for disaster, but today’s knock-sensing technology makes such a setup possible. The end result is more power, plus better fuel economy, from a smaller displacement engine.

Turbo and component supplier Honeywell sees the writing on the wall. Their vice president of engineering, Steve McKinley, summed it up by saying, “Engine downsizing coupled with turbos is the quickest way to make a significant improvement in the overall fuel efficiency of the U.S. automotive portfolio while maintaining performance levels.” In other words, now would probably be a very good time to invest in Honeywell stock.

GM agrees with this philosophy, too, and offers a 1.4-liter turbo option for their Cruze compact sedan. The upcoming Sonic will have a forced-induction engine choice, too, and don’t be surprised to see turbocharged fours replacing V-6s and I-6s throughout many manufacturer’s product lines.

More power from less gas? What’s not to like about that?