How To Die In A Road Rage Shooting 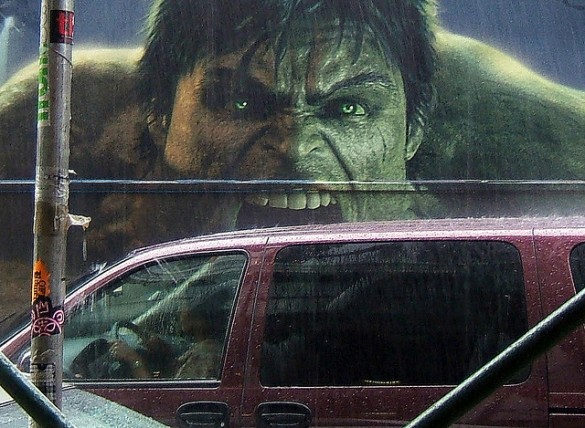 "Road Rage," by Tony the Misfit

Drivers in the great state of Florida have never been known for their prowess behind the wheel. It seems to me, though, that the roads are only getting worse: a few years back I could go weeks without someone making a concerted effort to kill me, but these days I can pretty much count on a near death experience every time I get behind the wheel. Short of trading my GTI in on a surplus deuce-and-a-half personnel carrier, there isn’t much I can do to make the roads any safer.

It’s not just me, either. I’ve had people from all over the country tell me how bad the roads have gotten in their area, which eliminates the possibility of mass hysteria, or something in the drinking water here in the Sunshine State. Maybe it’s the price of gas, or the tanking economy, or a real-estate market that’s about to reach critical mass; whatever the cause, other motorists seem to be driving with their heads firmly implanted deep into their colons.

With that in mind, I bring you five good ways to die in a road-rage shooting. Just as there are more drivers on the road these days, there are more armed drivers behind the wheel, too. Sooner or later, distraction meets rage, and a six-o-clock-news story is born.

Treat the left lane as your own personal sanctuary.
When you merge onto the highway, dive into the left lane as quickly as you can, earning bonus points for every driver you cut off in the process. Once in the left lane, set your cruise control for one mile per hour below the speed limit, or better yet, match the speed of the vehicle in the center lane precisely. If you don’t slow down all those those crazy speeders, who will?

Don’t let driving keep you from texting or talking on the cell.
All those studies that show driving while talking on a hand-held cell phone to be as dangerous as driving while impaired don’t apply to you, since you’ve got super 3lite ninja skills. Try to ignore that your speed is dropping while you chat with your BFF over nothing at all. Don’t worry about the cars passing on the right (or maybe even on the shoulder), flipping you off and honking. If other drivers have anger management issues, that’s their problem, not yours.

Never use your directional signal.
If you actually signal your upcoming intentions, other drivers will know what you’re going to do, and that’s an invasion of your privacy. So what if the other driver has been sitting at the stop sign for five minutes, waiting for a break in traffic – that’s his problem, not yours. Besides, it’s damn hard to use your turn signal indicator when you’ve got a cigarette in one hand, a cell phone in the other and you’re trying to slam a 32 ounce Big Gulp.

Try to drive in someone’s blind spot as often as you can.
Let’s face it: new cars are expensive, and the easiest way to get one is to have someone else wreck your car for you. An excellent way of doing this is to pull slightly alongside another car on the highway, then camp out in the driver’s blind spot. You’ll have to pay attention, since many drivers will either speed up or slow down to get away from you. If you aren’t careful, the driver may even get away, forcing you to find another driver to stalk.

Courtesy is for pussies.
See that guy up ahead, wanting to merge into your lane? Slam the door on him, otherwise he’ll be in front of you (and any racer can tell you that second place is first loser). When exiting a highway, try to wait until the last possible minute before crossing five lanes of traffic. Remember, there’s bonus points if you put someone off in a ditch. Also, when traffic is merging down to a single lane, pass as many cars as you can before diving into the flow, millimeters off of someone’s bumper. Waiting in line is for chumps, and you’ve got important places to be.

So there you have it: five ways to maximize your chances of getting gunned down by a driver with anger management issues and a newly purchased handgun. Of course if you were to do the opposite of what I suggest, chances are you won’t be making the six o’clock news any time soon. The choice is yours.