Is Infiniti Changing To FWD For Future Models? 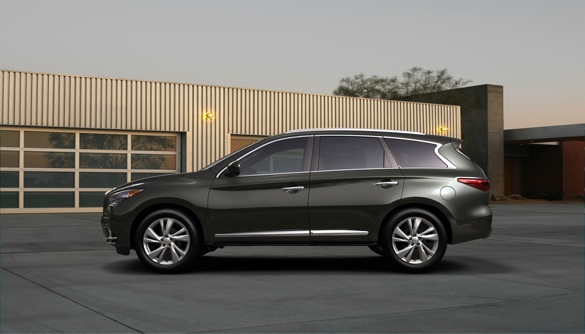 One of the things that’s led to Infiniti’s success in the luxury market is the handling of its automobiles. Although a few previous models (like the I30 and I35) were built on a front wheel drive platform, the bulk of Infiniti’s cars have been built with a front engine, rear drive configuration. That’s given the automaker the semi-official designation as “the BMW of Japan,” but now Autoweek is reporting that a change may be in the works.

Infiniti, it seems, wants to adopt a front engine, front drive layout for future vehicles. Per Infiniti’s VP of Product Planning, Larry Dominque, “customers really don’t care about the platform beneath the car;” in other words, Infiniti customers are more concerned with styling and interior room than with how their cars handle. I’m not sure I buy into that logic, since every Infiniti customer I’ve ever met knows perfectly well the difference between front wheel drive, rear wheel drive and all wheel drive. Take away one of the things that makes Infiniti unique, and you’ll remove a lot of potential customers from showrooms.

If you guessed that profit was one motive behind the move, you’d be correct. Front engine, front drive platforms are cheaper to build, but they do offer the buyer greater interior room since FWD vehicles can be built with a flat rear floor. They can generate better fuel economy, too, which is a critical concern of all automakers thanks to the pending CAFE standards. Dominque insists that “the performance they need” can be delivered via a front wheel drive platform, but I’d caution him on that point. The performance Infiniti thinks it needs and the performance that Infiniti’s customers expect may be two different things.

Before you start flooding Infiniti with e-mails and phone calls, Dominque insists that Infiniti’s G series and M series, its staple sport sedans, will remain on a front engine, rear drive platform, which leaves the FWD door open for vehicles like the new JX crossover. We’d fight the switch to FWD on sport sedans to the death, but if Infiniti decides that front drive is best for their largest luxury crossovers, I don’t think fans will be storming corporate headquarters with pitchforks and torches.