Latest Toyota FT-86 Teaser Shows Us… Not Much 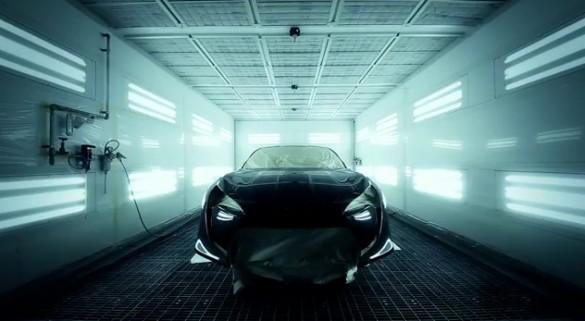 Do you remember being a kid and waiting to get the latest toy on the eve of Christmas, Hanukkah, Kwanzaa, your birthday, etc.? You built up this great image about how the Nitro-Powered Turbo R/C Monster Formula One Truck was going to be the coolest thing in the universe, and how it was going to make you an R/C god and the envy of your friends. Ten minutes and three crashes after opening it, you came to realize that the latest gizmo wasn’t that special at all; in fact, the hype and anticipation was far greater than the actual product delivered.

I’m not saying that’s going to be the case with the Toyota FT-86 (or its Subaru equivalent, the BRZ), but after three years and countless iterations of FT-86 Concepts, I’m beginning to lose faith that the actual car will ever live up to the hype. Or even get produced, at this rate; production is supposed to begin in a few months, and Toyota is still showing us styling concepts instead of production-ready concepts? What’s up with that?

The 2012 Toyota FT-86 is an important car for the Japanese automaker, so they want to get it right. I understand that, but the message you send by showing concept after concept is one of indecision, along the lines of “we’re not sure how to finish styling the car, so we want the public to help.” That wasn’t the case with past memorable sports cars from Toyota, like the Mark IV Supra, the AE86 Corolla GT-S or W20 MR2 Turbo, all penned when Toyota had no problem attracting new buyers to the brand. Besides, the world already has one crowd-sourced production car (the Local Motors Rally Fighter), and that’s never going to win a “best looking car in the world” award.

I hope that Toyota and Subaru both prove me wrong, but I’m way too cynical to believe that’s going to be the case.