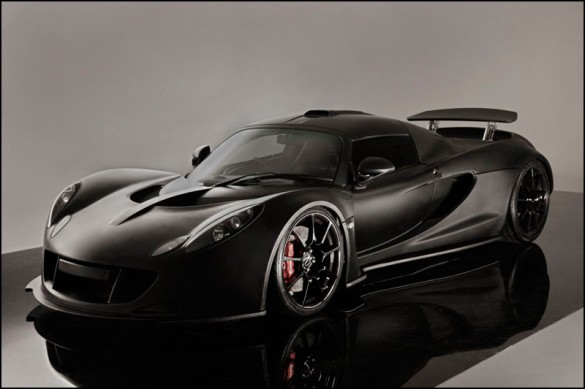 Try this experiment next time you’ve got a long stretch of open track in front of you (because we’d never condone this kind of driving on public roads): at 70 miles per hour, drop the hammer and keep it matted for 17 seconds. Record your top speed, and compare it to the speed of the Hennessey Venom GT, on a “low boost” setting.

Just in case you’ve never heard of the Hennessey Venom GT, the Silverstone, England-built supercar starts life as a Lotus Exige body, which gets stretched by some eight inches for better high-speed stability. Next up comes a Corvette ZR1 sourced V-8, tuned by Hennessey to make up to 1,200 horsepower. Mated together, the final product weighs less than 2,700 pounds, resulting in “impressive” acceleration. Zero to sixty, for example, comes up in 2.5 seconds (if you launch the car correctly), and the quarter mile flashes by in 9.9 seconds at 162 miles per hour. A Bugatti Veyron takes 24.2 seconds to reach 200 miles per hour, but the Venom GT does it in 15.9 seconds. Top speed? Hennessey claims it will do 275 miles per hour. 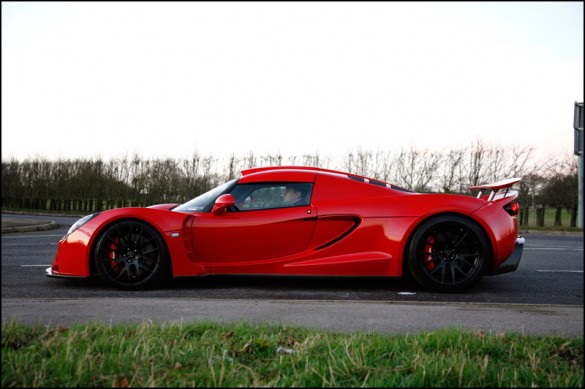 The price? If you have to ask, you’re not a serious Venom GT buyer. The point of entry for the 750 horsepower “base model” Venom GT is $600,000, while the 1,200 horsepower version starts at $725,000. Since Hennessey will only build up to 10 cars per year, owners will find themselves in a very exclusive club, and the odds of you finding another Venom GT on the same racetrack are pretty slim. If you’ve got the money, that certainly helps justify the price of admission.

Source: You Tube via Autoblog