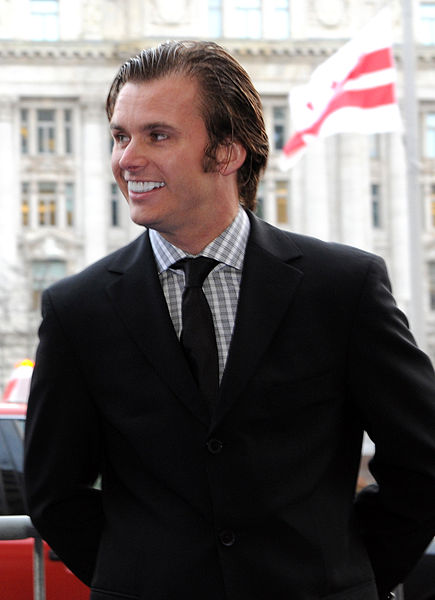 Dan Wheldon was born to be a racer. He took up karting at the age of four, and progressed through multiple ladder series before landing in the IndyCar series (then called the Indy Racing League) in 2002. His first two seasons, with Panther Racing and then with Andretti Green Racing, saw the English driver get progressively faster, and by 2004 Wheldon was a legitimate contender for the series championship. In 2005, Wheldon won both the Indy 500 and the series title, proving that he could go head to head with the best drivers in the world.

In 2006, Wheldon moved to Chip Ganassi Racing, where he remained a title contender until being released by the team for the last race of 2008. Wheldon rejoined Panther Racing, giving the under-funded team a second place finish in the 2009 and 2010 Indy 500s.

Racing, though, is as much about sponsorship dollars as it is about talent, and Wheldon was cut by Panther Racing at the end of 2010, in favor of the less experienced but better funded J.R. Hildebrand. Wheldon would get the last laugh at the 2011 Indy 500, when a rookie mistake by Hildebrand caused the young driver to crash while passing a slower car in the final corner. Wheldon avoided the melee, passing the driver who had taken his ride and winning his second Indy 500.

Wheldon’s victory opened doors for the unemployed driver, who proved talented at color commentary for Versus TV. He was recruited to shake down the new Dallara chassis that IndyCar would be using in 2012, and he agreed to participate in the IndyCar season ending race, for a chance at a $2.5 million purse. Better still, Wheldon was in negotiations with Andretti Autosport, and seemed a sure bet to fill the seat vacated by Danica Patrick. For Dan Wheldon, it appeared things had come full circle.

But then came the now-infamous crash on lap 11 at Las Vegas. Two rookies made contact in mid-pack, at speeds north of 200 miles per hour. Racing three wide, there was no room for drivers to avoid what was the most horrific crash I’ve ever seen in professional motorsports. When Paul Tracy slowed in front of Wheldon, the English driver ran out of real estate and luck at the same moment: contact with Tracy’s car launched Wheldon into the air, where no amount of driving talent could save him from the inevitable. After tumbling along a catch fence, Wheldon’s destroyed race car came to rest mid track, among the burning wreckage from other cars.

IndyCar has perhaps the best medical team in all of racing, and they were attending to Wheldon within seconds after the crash. His car was swarmed by first responders, and I knew the news was bad when the extraction dragged on and on. After getting Wheldon out of the cockpit, crews covered his car with a yellow tarp, and I began to suspect the worse. Nearly two hours would pass before IndyCar CEO Randy Bernard delivered the news that no one wanted to hear: Dan Wheldon was dead, leaving behind a wife and two small children.

In the off-season, there will be much discussion about what caused the accident, and how to prevent another one. While open-wheel racing has gotten much safer over the years, it remains a dangerous sport where even minor mistakes can have tragic consequences. It deserves leadership that has the driver’s best interests at heart, not leadership concerned primarily with boosting attendance and growing TV ratings at the expense of driver safety.

Dan Wheldon was one of those rare talents that never had an unkind word to say about another driver, and always seemed to look on the bright side of things. At 33, he was in his racing prime; young enough to still push the envelope, but experienced enough not to take unnecessary chances. His death is a tragedy, but here’s my opinion: the real tragedy is that those ultimately responsible for Dan Wheldon’s death won’t be punished for it.