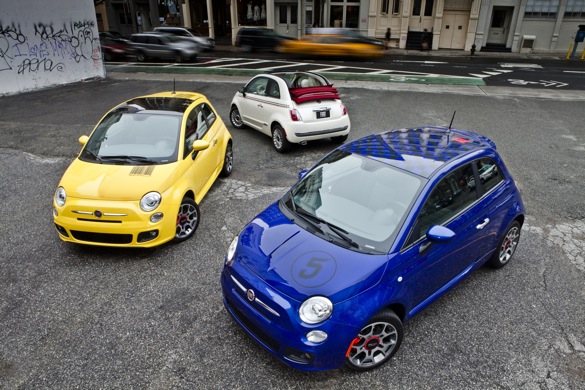 When the Smart brand debuted in the United States, the timing couldn’t have been better to launch a small, fuel efficient brand. Gas pricing had spiked to record levels and the U.S. economy was in a tailspin. Families were looking to squeeze every single penny out of a shrinking household budget, so replacing a fuel-sucking SUV with a skaterboard-sized commuter car seemed like the practical thing to do.

In the beginning, Smart’s sales numbers backed this up, too. In 2008, Penske Automotive sold close to 25,000 Smart cars in the United States, but by 2010 that figure had plummeted to just under 6,000 units. The combination of a high price tag, lower fuel prices, poor media exposure and a further-worsening economy had killed sales of Smart, prompting parent Daimler to take back distribution rights and give them to Mercedes-Benz.

If you could pick the two biggest reasons for Smarts failure in the U.S., they’d be value for the price and lack of advertising. There are now several options that offer more practicality and similar fuel economy to the Smart, for a lower price. Unless you need the car’s diminutive size, there’s no good reason to choose Smart over a Hyundai Accent, Ford Fiesta, Chevy Sonic or Nissan Versa.

Smart has ramped up advertising now, targeting the same urban-dwellers it wanted to sell the car to all along. Whether or not Mercedes will be able to turn the brand around in the United States remains to be seen, but this much is clear: it’s fighting an uphill battle.

The same may be true with Fiat and the 500. To call year-to-date sales “disappointing” is an understatement; Fiat hoped to sell 50,000 units per year, but as Left Lane News points out, they’ve moved just 15,826 units year to date. Since sales only began in March, the numbers need to be adjusted accordingly. Still, factoring in a shortened year, Fiat is on pace to sell just 23,739 units per year. That’s less than half of what its projections (and budgets) had estimated.

Worse, Fiat now has some 14,000 500s in dealer inventory, which represents at least a six-month supply. More Fiat dealers are in place (the company has finally hit the 130 number it promised earlier in the year), but twenty-five percent didn’t sell a single Fiat 500 last month. Advertising has been non-existent until recently, which hasn’t helped draw buyers into Fiat showrooms, and the combination of these factors resulted in the release (or resignation) of Laura Soave, the former head of the Fiat brand in the United States.

Like Smart, Fiat is now at a crossroads, and it must move carefully if its to reestablish the brand in the United States. To do so, it needs to draw more attention to the brand, targeting the very same urban market as the Smart. A lower price wouldn’t hurt, either, since an optioned-out Fiat 500 can easily reach the mid-$20k range. Finally, Fiat needs to borrow a page from Ford’s playbook, and use social media to get the 500 in front of as many people as possible. We know that road shows are expensive, but we also know this: they work to sell cars.

A change in gas pricing, which again seems likely thanks to events in the Middle East and speculation on oil futures, will make the Fiat 500 an easier sell, too. No one wants to see gas prices above the $5.00 per gallon mark, but when they get there, the Fiat 500 will be an easier sell.

Fiat dealers still have two years to wait for new models to sell alongside the Fiat 500, so it will be a long wait if sales don’t ramp up soon. We like Fiat and we want to see them succeed again in the U.S. market. Let’s just hope that the new management will get the brand back on track before it’s too late.