Could Honda’s EV-STER Concept Become A Tesla For The Masses? 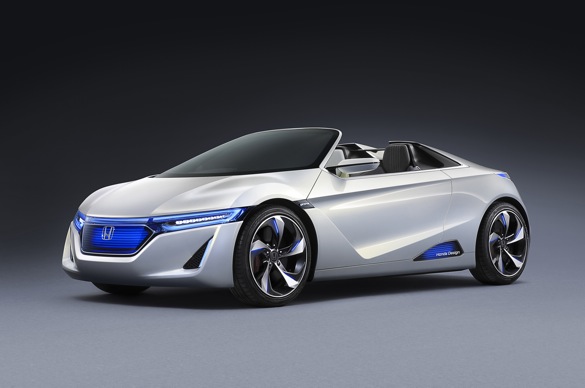 One of the highlights of this week’s Tokyo Motor Show is the debut of the Honda EV-STER electric roadster concept. Bold styling sets the EV-STER apart from the rest of the Honda lineup, and it may be an indication that Honda is listening to critics who find its current product line boring and uninspired.

Honda isn’t saying that the EV-STER will definitely be built, but it would keep with the company’s goal of being a “green” automaker. According to the details published by Honda, the EV-STER is rear drive (and, presumably, rear-motor), uses carbon materials to reduce weight and has a maximum range of nearly 100 miles on a charge. Honda claims the EV-STER will hit 37 miles per hour (60 km/h) in five seconds, before topping out at a maximum speed of 100 miles per hour. The 10 kW lithium-ion batteries can be recharged in less than 6 hours on household current, or less than 3 hours on 240V. 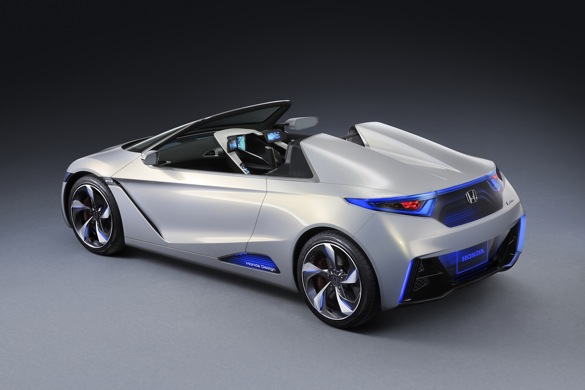 While the performance may not be enough to attract those who favor speed over saving the planet, it’s a starting point. If the EV-STER is built, tuners will find a way to add more powerful motors, hack the controller to send more voltage to the motors and even find ways to add additional batteries for more power or increased range. Tuning is tuning, regardless of whether you’re talking about an electric motor or an internal combustion engine.

If Honda builds the EV-STER, it has to be priced attractively (say, below $30k) and it has to handle like a true sports car. The CR-Z “sports hybrid” proved that very few buyers want a car that’s neither fast enough to be entertaining nor fuel-efficient enough to be green, and Honda can’t afford to make the same mistake twice.