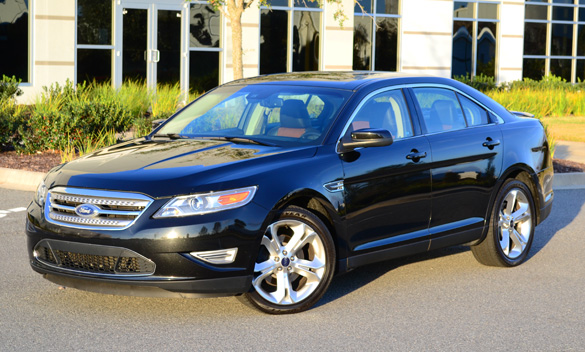 The Ford Taurus SHO made a comeback in 2010 after a short hiatus. With a newly redesigned Taurus, Ford needed something to compete with other “lively” performance oriented family sedans. The latest Ford Taurus SHO is a valid attempt to keep up with the competition.

For 2011 the Ford Taurus SHO carries over its new design and all-wheel-drive system powered by Ford’s Ecoboost 3.5-liter V6 engine. The Ecoboost is an excellent powertrain, which manages to pump out a healthy 365 horsepower while keeping the fuel consumption levels at a somewhat reasonable level. During my drive in the 2011 Taurus SHO I saw 26 mpg on occasion on the highway traveling around 60 mph. In the city I saw about 16 mpg on a 6-mile commute through several stoplights and inner city roads. EPA estimates are 17 mpg city and 25 mpg highway. 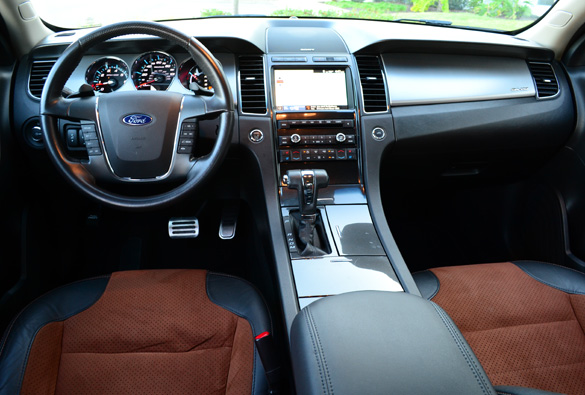 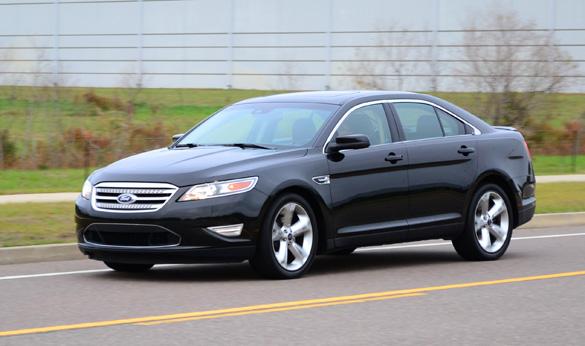 Seating positions are great and very spacious even for adults well over 6-feet tall. The roofline of the Taurus is about as tall as many small to midsized crossover vehicles. Taurus SHO models receive a bit of extra treatment to live up to the “Super-High Output” (SHO) moniker. You get 20-inch wrapped with summer performance tires, sport-tuned suspension, xenon headlights, rear spoiler, performance brake pads, faux-suede interior inserts, and a 365-horsepower/350 ft-lbs. of torque Ecoboost V6 engine. The SHO trim level opens up virtually a full range of options for the Taurus, too. 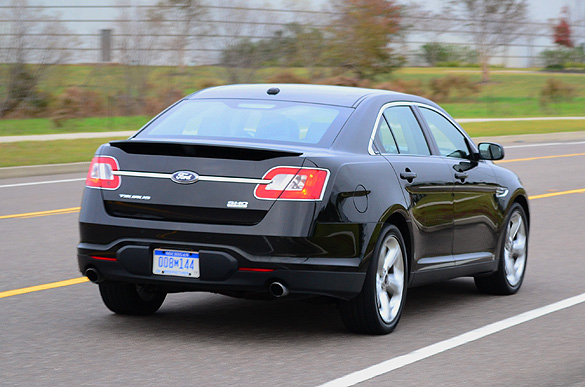 Driving the 2011 Ford Taurus SHO is almost a plug and play situation. It pumps out just enough horsepower to keep it competitive amongst other performance sedans while proving to give all passengers a comfortable ride. The sport-tuned suspension does a decent job keeping the Taurus SHO civilized in the turns but still reminds you of its large size. The Taurus SHO has plenty of understeer but tends to correct itself from the all-wheel-drive system vectoring power to the wheels with grip.  You tend to get some torque-steer under full acceleration which gives you an indication of the Taurus SHO feeding more power to the front wheels than the rear most of the time. 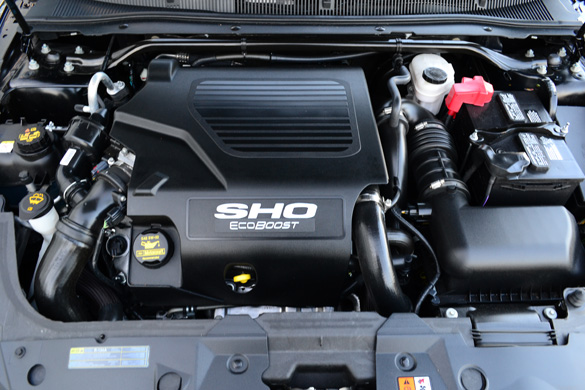 Over-all, the Taurus SHO is a great driving vehicle mastering what today’s technological advancements could not give the first, second and third generation Taurus SHO. Not many enthusiasts remember the last generation of the SHO, which could be a clear indication of Ford needing to change a few things. Fortunately, that is exactly what they did. Ford’s new 3.5-liter Ecoboost V6 and all-wheel-drive system, used in a variety of Ford products, proves to be a worthy powerplant for the return of Ford’s midsized SHO performance sedan.