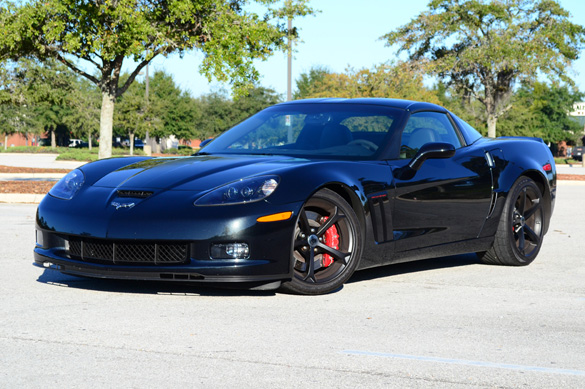 The Chevrolet Corvette is one of the most unmistakable sports cars around. Being “America’s sports car” for upwards of 58 years, the Corvette has been a staple and benchmark for other sports cars to follow after. For 100 years Chevrolet has been in existence and to commemorate a century of selling over 200 million vehicles around the world, a new Centennial Edition package is available for the iconic Corvette for 2012. 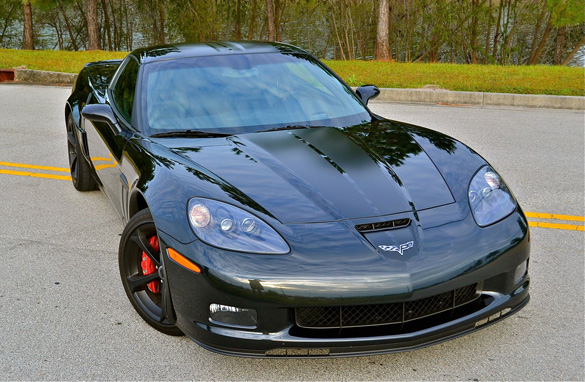 The all-new 2012 Chevrolet Corvette carries the classic look that has made it a distinguished sports car not only in the eye of enthusiasts but also clearly recognized by the average Joe. For 2012, the Corvette receives a new seat design, an available Bose stereo system, and new steering wheel. I would argue that the Corvette’s interior has come a long way which is a good thing considering how previous generations were perceived by many. Looking at the new 2012 C6 body style, one would agree that the Corvette has attempted to shake off the old notion of not having an interior to compete with other sports cars on the market. It would be safe to say that the newer Corvette C6 generation has a much improved interior and aims to please some of the most critical sports car buyers. 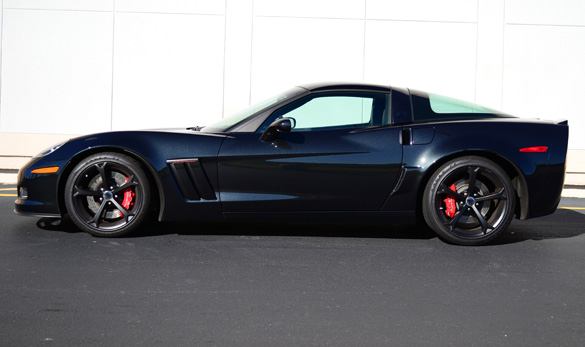 My new 2012 Corvette Centennial Special Edition brings out the essence of a true American sports car. My Corvette started life as a Grand Sport model on the assembly line but received a special black-on-black color scheme. To start things off, the paint color is an attractive Carbon Flash Metallic augmented by satin black lightweight cast-spun aluminum 5-spoke wheels. The red painted 6-piston brake calipers up front and 4-piston rear clamp down on the Grand Sport packages larger diameter cross-drilled rotors than those in the base model.

You will find the man that started it all, Louis Chevrolet, illustrated in 100th Anniversary emblems on the wheels, steering wheel and side B-pillars.  The Centennial Special Edition Package is truly a remarkable addition to any Corvette.

Also part of the Centennial Special Edition package, my 2012 Corvette Grand Sport receives General Motor’s Magnetic Selective Ride Control suspension system. The ride control is what sets the riding style of the new Corvette apart from other sports cars. Not to mention, Ferrari utilizes GM’s suspension technology in their prided 458 Italia. Two selective modes, touring and sport, allow the driver to dial-in their own preference. The suspension system also automatically adapts to road conditions adjusting the magnetic dampers in milliseconds. I have to say, the ride quality is among the best in the sports car segment eliminating virtually any harsh feedback once prone to previous generation Corvettes. 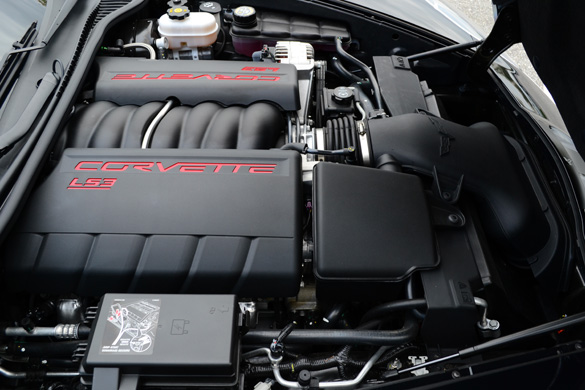 Each new Corvette in the base model and Grand Sport trim is powered by the big 6.2-liter LS3 V8 engine pumping out a healthy 430 horsepower and 428 ft-lbs. of torque. My Corvette Grand Sport Centennial Special Edition included an optional exhaust system boosting horsepower output to 436hp. Surprisingly performance numbers are very respectable getting in a run from 0 mph to 60 mph in 3.9 seconds. A launch control system aids in obtaining that performance figure even with the 6-speed manual transmission. Simply put the traction and stability control system into Competition mode, bury the gas pedal, and dump the clutch. 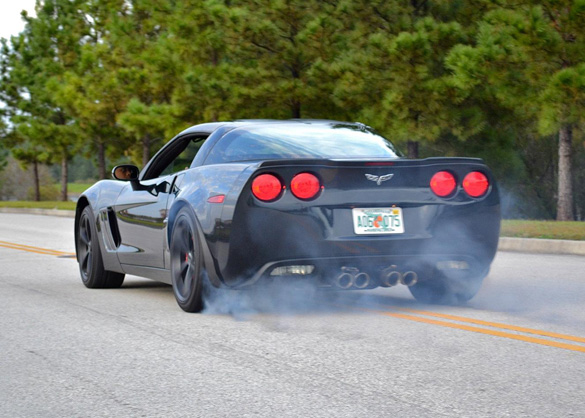 The 6-speed manual box is very direct with rather strong shifter springs. Despite the stiff lateral movement of the shifter, it only takes a competent driver a few minutes to row through the gears with confidence. Fuel consumption figures come in at a surprising 16mpg city and 26mpg highway. During the bulk of my “civilized” drive I had no issue hitting 26mpg on the highway.

The new 2012 Corvette handles well pushing a 1.06 lateral G on the skidpad. Some of its handling abilities are due to the relatively low curb weight of 3,289 pounds, remarkable active magnetic dampening suspension setup and meaty Goodyear Eagle F1 Z-rated run-flat 325/30/19R tires in the rear and 275/35/18 up front. 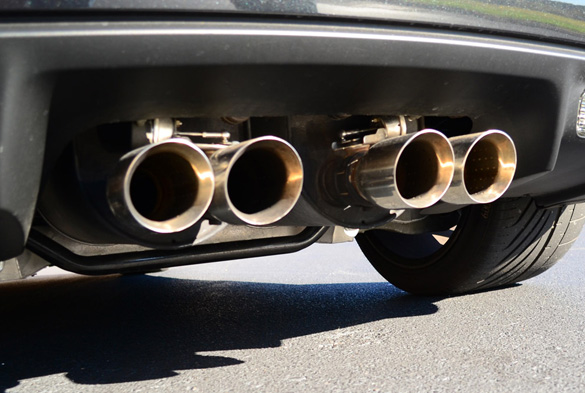 Power comes on strong and tends to surge even more just before redline in the new 2012 Corvette. Traction control takes a back seat at times allowing the rear wheels to spin when under full-throttle power. Stability control kicks in fast to keep the Corvette laterally civilized and not letting the rear wheels nudge too far out of line. Sometimes the intervention is snappy spoiling any chance of swinging the light-weight rear end off center.

The new 2012 Corvette Grand Sport has a serious growl when you open up the throttle. My Centennial Special Edition Corvette features an optional dual-mode exhaust which uses vacuum actuated bypass valves opening up around 3500 rpm letting the Vette breath better for a total of 6 more horsepower over the standard 430hp. As you can imagine, unleashing the raw sound of a big 6.2-liter V8 at full throttle makes for a little extra rumbling noise pollution. It all sounds great if you are a diehard enthusiast. At times the Corvette managed to make more noise in the cabin than the Bose stereo system but remained surprisingly civilized when cruising. 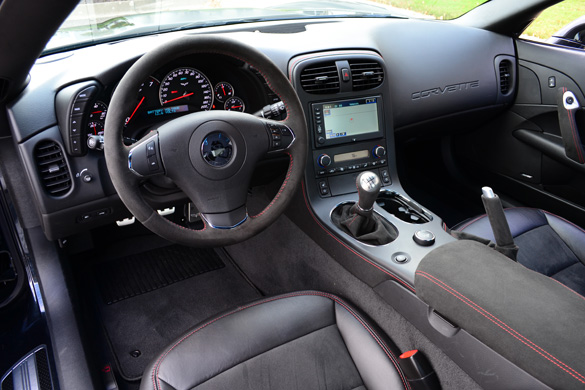 The new heated sports seats on the 2012 Corvette are well-bolstered giving just enough lateral support when you decide to hit the curvy roads. My Centennial Special Edition Corvette Grand Sport’s seats had leather bolsters but microfiber suede inserts. Red stitching is used throughout the seats while a “100” logo is embroidered into the headrests. The new suede steering wheel fits well in your hands and features minimal controls for cruise, stereo station change and volume. 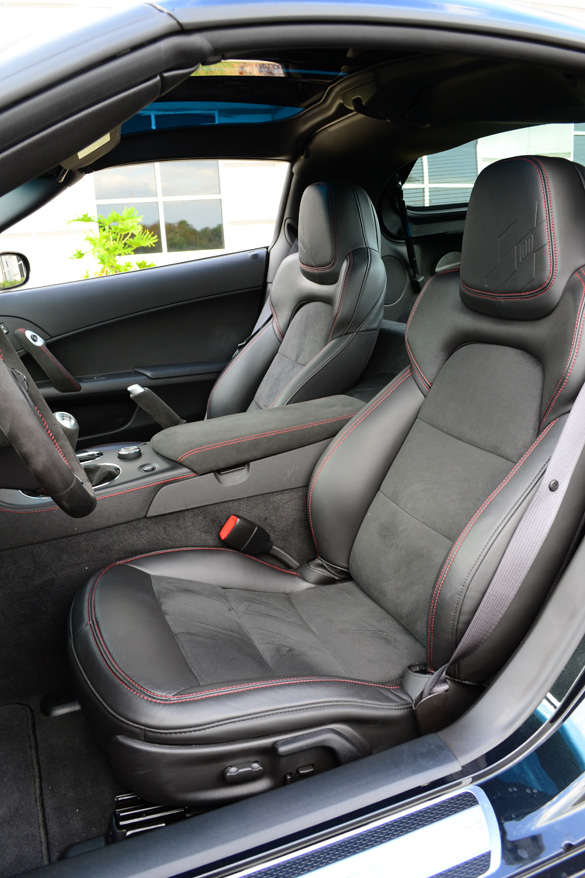 The 2012 Corvette dashboard and cluster have been somewhat refined from previous generations but remain to have a classic look. The integrated navigation and stereo system in the center-stack touch-LCD-screen is rather simplistic and easy to use. You may find yourself stuck in some menus or stereo operations only to find that a simple touch of the source or navigation button will get you where you need to be. I find that the AC and heater controls are the only “cheap” part of the new 2012 Corvette’s dashboard. The plastic turn knobs for temp and other HVAC operations look basic and the mono-tone LCD read-out seems somewhat out of place.

The heritage of the Corvette is strong, laterally, and continues to live on in the new 2012 Chevrolet Corvette. The Grand Sport model coming in at a base price of $55,925 is a good bet on a well-performing American legend. Adding the $4,950 Centennial Special Edition package will set the Corvette apart from the norm injecting added style and Chevrolet pride. My new 2012 Chevrolet Corvette Grand Sport Centennial Special Edition test vehicle came out to a total of $70,185.