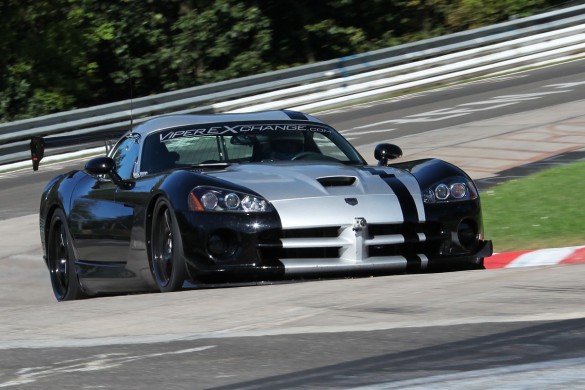 Dodge has been remarkably tight-lipped about the debut of it’s eagerly anticipated next-generation Viper. Originally rumored to be debuting at January’s North American International Auto Show (aka the Detroit Auto Show), it seems that the new Viper isn’t quite ready for its closeup yet. Delaying the introduction until the New York Auto Show gives the automaker another three months of development time, which should be all that the Viper concept needs.

Autoblog and the Viper Club of America quote SRT head Ralph Gilles as confirming the New York introduction, but that’s all we know for sure about the new track-day terror. It’s likely the car will still use a V-10, and it’s rumored that displacement will be bumped up to 8.7 liters. It will also come with modern safety features like electronic stability control, something earlier Vipers lacked (hence their bite-the-hand-that-feeds-them reputation). Dodge knows how the Viper will be driven, so expect the stability control program to have modes for track-day use.

Beyond these points, anything else is speculation. It’s almost certain that the new Viper will be influenced by Chrysler’s Italian parent, Fiat, who also owns a controlling interest in Ferrari. Don’t expect to see Ferrari 458 Italia technology in the next Viper, since the cars are aimed at radically different price points; still, it’s reasonable to expect refinement in the next Viper that wasn’t there in the original.