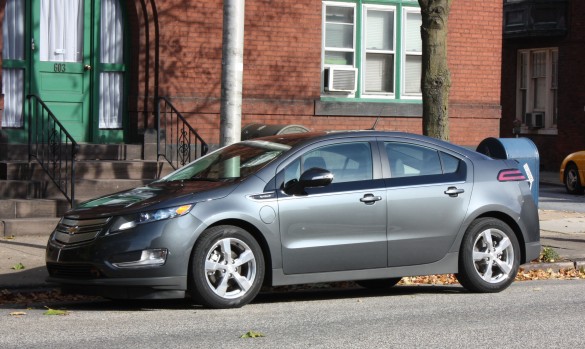 Turn on the news these days, and it seems like every media outlet is alerting you to the dangers of the Chevy Volt extended range EV. If you believe the far right, the Volt is a ticking time bomb, waiting to spontaneously combust in the garages of unsuspecting owners. It’s also part of a secret coverup, since GM (allegedly) conspired with the NHTSA to delay notification of the Volt’s fire danger.

We’re well versed with the Chevrolet Volt, and Harvey, Malcolm and myself all have extensive seat time behind the wheel of the series hybrid. To put it bluntly, the risk of fire under normal circumstances is so small that we’d consider it insignificant, and all of us have parked Volts in our driveway or garage without undue concern. If you think there’s a fire risk, remember this: you’re probably driving a car that’s filled with highly flammable gasoline, which you park in your garage each and every night. Are you worried about this fire risk?

As Left Lane News and Fox News point out, the likely source of the fires in post-crash-tested Volts is battery coolant. In liquid form the coolant isn’t flammable in any way; dried, however, a component of the battery coolant (likely a salt) will conduct electricity and can potentially cause a short in circuit boards.

Part of the NHTSA crash test procedure involves rotating a car 90 degrees following the side impact testing. In gas-powered cars, this is done to check for fuel system leaks; as it happens, the side impact test caused a battery coolant leak in the Volt. While no short-circuits were caused by the liquid coolant, the dried coolant is thought to be the cause behind the fires in crash-tested Volts, which occurred weeks after testing.

GM is in the process of designing a solution, which may involve changing the coolant, reinforcing the battery pack, encapsulating the affected circuit boards or a combination of all three. In the mean time, our advice is this: don’t buy into the hysteria.