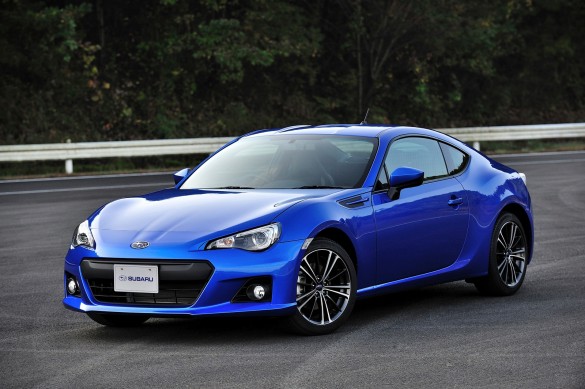 Now that both the Subaru BRZ and Scion FR-S production models have been revealed to an eager public, we know most of the details that the respective manufacturers are willing to share. We know horsepower, we know the available gearboxes, we know the interior room and we even know standard equipment, but what we don’t know yet is price. Speculation has ranged from “the cost of a Subaru WRX” to “less than a WRX STI,” to which we’d reply “we certainly hope so.”

Even the WRX range is a bit rich for a starting price on the BRZ, if you ask us, since the cheapest WRX starts at around $26,000, while the range-topping WRX Limited can cross the $35,000 mark if you load it up with options. For a non-luxury-brand sports car, that will be directly comparable to the sub-$24,000 Mazda MX-5 in terms of performance, setting the opening bid at $26,000 isn’t going to win a lot of fans.

Motor Trend, however, thinks it has some good news. According to them, the starting price of a Subaru BRZ Premium (the entry-level model) will be around $24,000, while the loaded-up BRZ Limited will sticker from $27,000. Even Premium models come well equipped, with such amenities as HID lighting, a navigation system and a Torsen limited-slip differential. Opting for the Limited gets you automatic climate control, leather and Alcantara seating and few other non-performance related bits.

Let’s hope they’re right, because we thanks that’s the exact price point the BRZ needs to sell in. The Scion FR-S will likely undercut the BRZ on price, but don’t expect it to be as well-appointed as its cousin since it’s specifically aimed at the entry-level market.