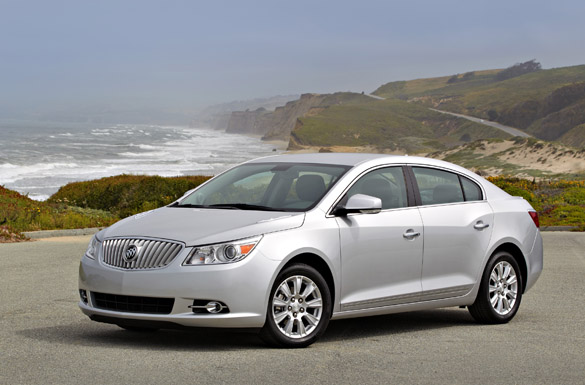 When it comes to the midsized luxury car segment , General Motors has made moves in the right direction with the decision to keep and build off of the Buick brand. The all-new 2012 Buick LaCrosse 4-cyinlder model now exclusively comes in an eAssist mild hybrid flavor.  The eAssist system attempts to fulfill a need give the LaCrosse 4-cylinder more power with added fuel efficiency.

The new 2012 Buick LaCrosse receives additional polishing from a new eAssist powertrain, which consists of a 2.4-liter 4-cylinder engine and an 11-kilowatt electric motor. The new Buick LaCrosse eAssist is essentially a mild hybrid derived from the outgoing Malibu Hybrid. 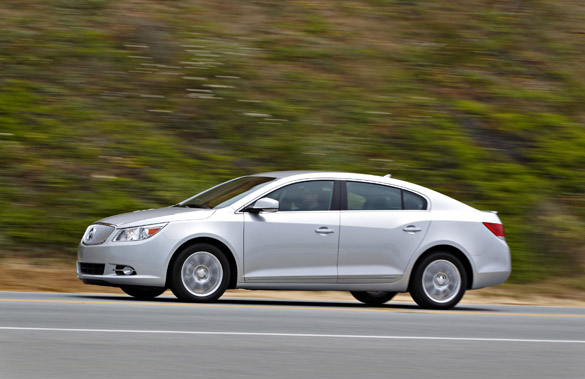 The new 2012 Buick LaCross eAssist, or what some will call the LaCrosse hybrid, kills two birds with one stone. First of all, last year’s base LaCrosse’s 2.4-liter engine by itself with 182 horsepower and 172 ft-lbs. of torque was simply underpowered for the 3,800 pounds-plus vehicle. Lackluster performance is already a presumption for Buick in the minds of enthusiasts; with last year’s base 4-cylinder version of the LaCrosse, it only reemphasized that testament. With a mild-hybrid eAssist setup, the same 2.4-liter 4-cylinder engine gets a much-needed boost from an electric motor. Basically, the electric assist makes all of the difference in the world during full throttle. Heavy acceleration is much more responsive while fuel consumption numbers are improved by as much as 6mpg city and 6mpg highway over last year’s 4-cylinder model. 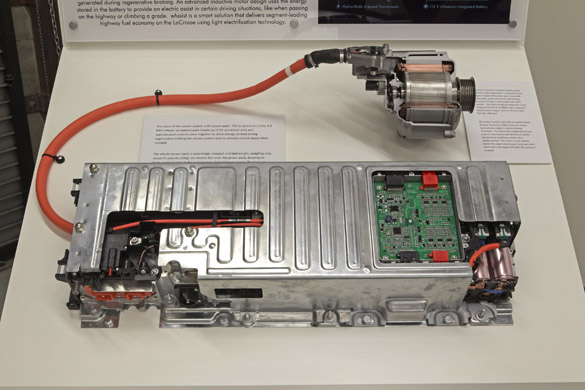 On the new LaCrosse eAssist, a belt-driven electric motor is mounted on the 4-cylinder engine in place of a traditional alternator. Working in sync with the gas engine, the electric motor is able to provide an additional 15 horsepower and 79 ft-lbs. of torque to the equation. Moreover, the new LaCrosse eAssist has regenerative braking to charge the lithium-ion battery pack mounted behind the rear seats. The battery takes up about 40% of the trunk space and partially blocks the pass-through, which would otherwise be fully open with the 60/40 split seatbacks folded down. 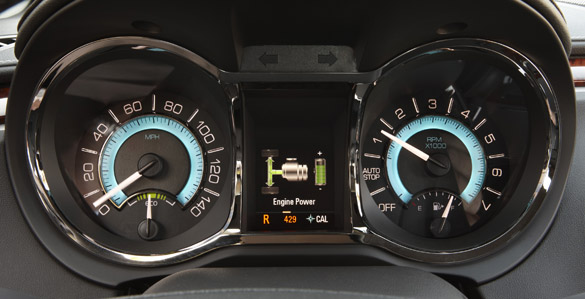 With everything working in sync, as the information color LCD dashboard charging graphic displays, the new 2012 LaCrosse eAssist gets 25mpg city and 36mpg highway. I had no problems hitting those figures especially in heavy city traffic. During all stops, provided the engine has heated up to normal operating temperature, the LaCrosse eAssist shuts down the gasoline engine and the battery takes over powering accessory items. During coasting and coming to a stop, fuel is cut and the electric motor takes over by regenerating energy to charge the battery. The system works seamlessly and virtually eliminates any type of jerkiness you get with other traditional hybrid systems when the engine starts up for accelerating from a dead-stop. During any type of acceleration load, the gas engine is used to propel the vehicle. Only under heavy loads or at full-throttle is the electric motor used for additional power output. 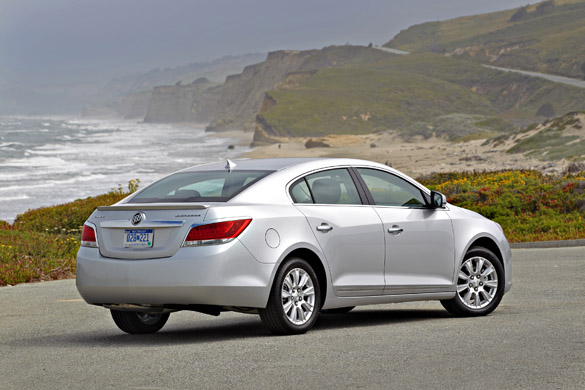 Low rolling resistance tires, said not to compromise handling, give the LaCrosse a smooth and quiet ride. Inside the cabin of the new 2012 LaCrosse eAssist you hardly notice road noise. If anything, you hear the buzz of the engine before any road noise enters the cabin at reasonable speeds.

Buick has done an excellent job isolating the driver from the road. That can be a good or bad thing depending on what type of driver you are. The ever-day commuter that could care less about being an enthusiastic driver will enjoy the isolation, while the avid enthusiast would dread the bleak ride. However, the LaCrosse has a smooth ride without too much float. Engineers did a good job with giving the new LaCrosse proper dampening as to not be excessively bouncy just to give passengers a smooth ride. 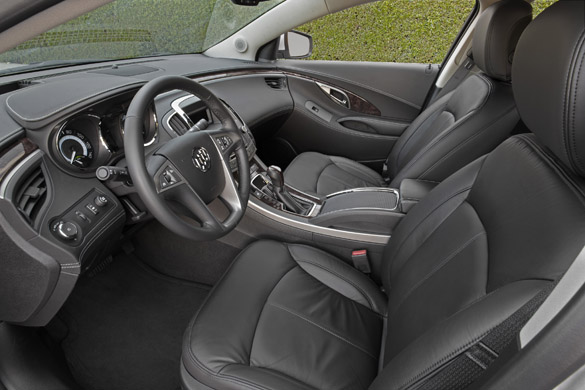 The new LaCrosse has plenty of space in the front and rear areas to comfortably seat 5 adults with no issues. The dashboard of the LaCrosse appears to use quality materials even if they are mostly consisted of plastics. Interior trim pieces blend a luxurious appeal into the spacious cabin. Truck space is somewhat hindered from the battery pack, although, not as much as traditional hybrid vehicles. The new 2012 LaCrosse eAssist uses a much smaller pack than other hybrids. This is mainly because the electric motor is not required to be as robust, nor does it need to handle the duty of propelling the vehicle on its own.

My new 2012 Buick LaCrosse eAssist Premium 1 Group test vehicle is loaded up with several options such as touch-screen GPS navigation system and leather seating surfaces. Virtually all of the options found on a loaded-up LaCrosse V6 can be had on the new 4-cylinder eAssist premium models. My LaCrosse tester was equipped with a driver’s convince package adding adaptive HID headlights (automatically swivel with the steering wheel), heads-up display and blindspot zone alert. Also added to the options list is an entertainment package including a nice sounding Harmon Kardon stereo system and rear-seat DVD player LCD screens.

The as-tested price of my 2012 Buick LaCrosse came to $37,980. To bring the cost down, you can opt for a base LaCrosse eAssist starting at just $30,170 with the same economical drivetrain. With such a price point, the new 2012 Buck LaCrosse eAssist undercuts the price of conventional hybrids within in its size class. I can conclude that the LaCrosse eAssist is a good value and alterative to other hybrids considering the steadily rising gas prices.