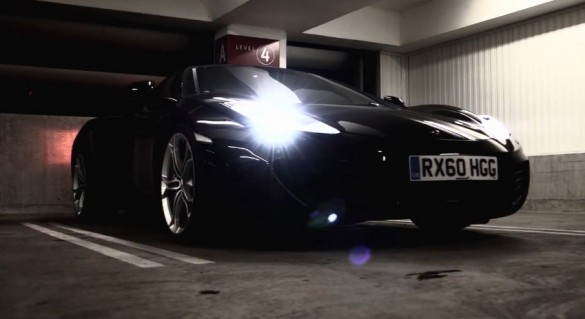 Conventional wisdom says that supercars cannot be daily drivers. Most lack good outward visibility, and many have a ride comfort that’s best described as “punishing.” Modulating their power output at low speed can be challenging, which makes driving them around town more of a chore than something to look forward to. Sadly, the impracticality of most supercars limits their use to the occasional track day, or the Sunday-early-morning run up and down your favorite canyon road.

The McLaren MP4-12C isn’t your average supercar, and Chris Harris presents a pretty good case for its appeal as an everyday driver. Thanks to an adjustable suspension and ECU, the car can be docile when you need it be, offering up a ride that Harris equates to a Rolls Royce. Outward visibility is quite good, and a pair of oversized (by supercar standards) side view mirrors means you can see what’s behind you as well.

Set the car up correctly, and the MP4 can be a daily driver. It’s even got enough luggage room for a weekend trip, as long as you and your passenger understand the virtues of packing light. Dial up the Track mode settings, on the other hand, and the MP4-12C becomes a “frothing monster,” capable of terrifying even the stoutest of passengers.

In the real world, could you drive an MP4-12C everyday? The answer may be “yes,” but you wouldn’t want to. Supercars bring their own baggage with them, and any Ferrari owner can recite horror stories of close calls caused by inattentive drivers angling for a closer look. Speaking for ourselves, parking an MP4-12C anywhere but our own highly-secure garage would be an exercise in paranoia, so we’d have to factor the cost of an armed guard into ownership.

While the McLaren MP4-12C may be the most livable supercar ever built, it’s still a supercar.