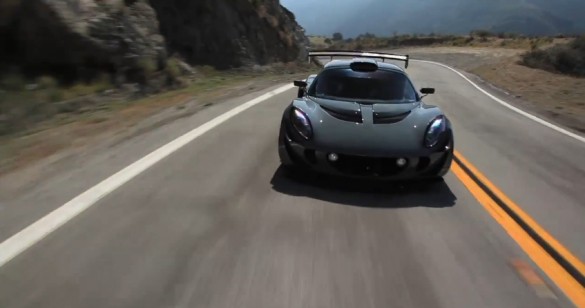 Frank Profera, by most people’s definition of the word, isn’t normal. The former New York City cabbie has a need for speed that can’t be satisfied with conventional means. He’s tried, and has owned Ford GT40s, tricked-out Lamborghinis and even a 900-horsepower Ford RS200 Evolution that clocked off a 0-60 run in under two seconds. They were nice, but they weren’t fast enough to keep him amused.

Enter the Lotus Exige, a car that most of us would be happy driving in stock form. Frank wasn’t, so he began working with Stafford Performance in Lancaster, California to make the Lotus faster. An oversized turbo helped on top end, but created too much lag for Frank’s taste. A supercharger was added to help at low end, and the eventual result (after much additional tuning) was a 1.8-liter four-cylinder engine that produces some 680 horsepower at the wheels. Since Frank’s Exige weighs in at just 2,150 pounds, that gives the car a better power-to-weight ratio than a Bugatti Veyron; in fact, it gives the car better power-to-weight than the 1978 Lotus F1 car campaigned by Mario Andretti.

Matt Farah sums up the quality of the build in a most excellent manner, saying, “I’m surprised at how little the car wants to kill me.” In fact, Farah proclaims the highly-modded Lotus to be the fastest car he’s ever driven, which is no minor compliment. The story behind the car is reason enough to watch the video below, but its acceleration needs to be see to be believed.