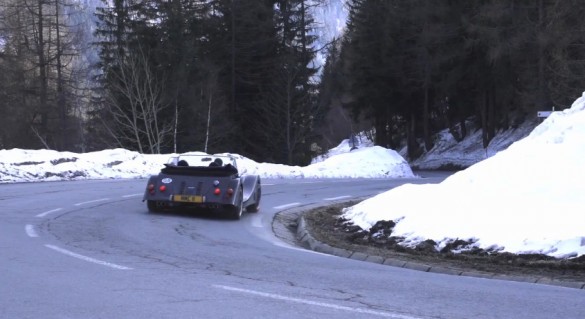 Road trips are our idea of a good time, even if they do typically involve pain and suffering. In fact, the worst road trips make for the best stories, and we have plenty of those to relate. Still, we’re jealous of Evo’s Chris Harris, who willingly suffered in the name of journalistic integrity by driving a new Morgan Plus 8 prototype from his home in south Wales to the Geneva Motor Show. In the dead of winter.

Chances are good that you don’t know the first thing about Morgan, since its cars are a rare sight on these shores. They’re classic British roadsters, largely unchanged over the past six decades and powered by engines sourced from other manufacturers. In the case of the Plus 8, that drivetrain consists of a 4.8-liter BMW V-8 mated to a six-speed manual gearbox and powering the rear wheels. The output, some 370 horsepower, is plenty in a car weighing just over 2,400 pounds.

In case you’re not familiar with classic British roadsters, most have the water-tight integrity of a screen door, and the new Morgan is no exception to the rule. As we said, suffering is what makes road trips epic, and Harris undoubtedly has stories to tell from this particular adventure. We’d gladly trade places with him, even if it means packing good rain gear.