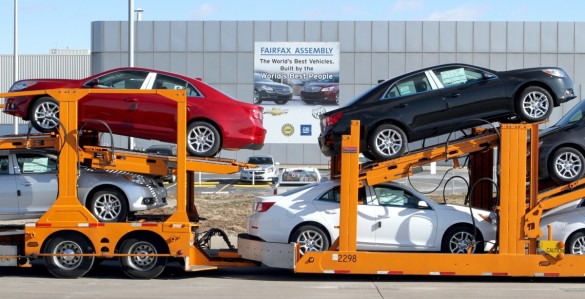 On March 31, an explosion at an Evonik Industries AG chemical plant halted production of a material called cyclododecatriene, which is used to create PA-12 resin. PA-12, in turn, is used for a wide variety of automotive applications, including the production of brake lines and fuel lines.

In the days before just-in-time manufacturing and economics, the crippling of one plant worldwide would hardly have been a big deal. Manufacturers would simply have gravitated towards another supplier, who in turn would have happily sold of his excess production while ramping up to make more product.

Only that’s not possible in this case. As Left Lane News (via Automotive News) reports, the largest Asian supplier of PA-12 resin is already at capacity, and can’t ramp up production beyond existing levels. The shortage in material, which will likely be ongoing until Evonik Industries can rebuild the damaged facility, will likely impact automotive production within the next few weeks.

While other suppliers (like DuPont Automotive) are scrambling to come up with alternative products, they may or may not be a direct replacement for PA-12. If they’re not, and if the industry can’t source sufficient material from other suppliers, look for inventory shortages to hit the major automakers just in time for the summer buying season.