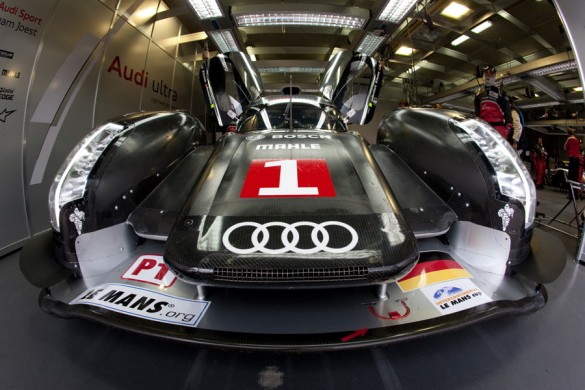 If you’re a racing fan who’s never seen the Audi-sponsored film Truth In 24, go download it from iTunes (or watch it on YouTube). It’s free, and it’s well worth an hour and a half of your time to learn about Audi’s preparation for the 2008 24 Hours of Le Mans race. Produced by Intersport and NFL Films, the documentary may be one of the best ever filmed on the sport of endurance racing.

If you liked Truth In 24, here’s some goods news for you: Truth in 24 II will be released in just under two weeks. Like the original, the sequel is produced by Intersport and NFL Films, and also features the narration of Jason Statham. This time the story centers on Audi’s development of the R18 race car, and its preparation for the action-packed 2011 24 Hours of Le Mans. We won’t spoil the story, but you probably already know that two of the three Audi R18s crashed heavily after colliding with slower Ferraris on course.

Want more info on the film? Want to grab it as soon as its available? Bookmark the Truth In 24 website, and schedule an email reminder of the release date.