Why Not Bankruptcy? Would a GM Bankruptcy Crash Its Suppliers? 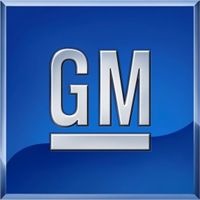 All of the hoopla and talk of the automotive industry suffering so severely raises many questions. Should one of the big automakers file for bankruptcy and how will this affect the suppliers which could ultimately be a domino effect for other auto manufacturers. Toyota just reported the biggest drop in sales EVER. The Big 3 are running out of cash. Is the world to end? Maybe not! So what is the solution?

General Motors FastLane Blog has posted an article titled “Why Not Bankruptcy” where they address many questions being asked and somewhat addressed in the current automotive industry and media world.

Full article below [sourced from fastlane.gmblogs.com]

The March 2 Wall Street Journal column by Harvard law professor Mark J. Roe, Would a GM Bankruptcy Crash Its Suppliers?, is the latest call from the Journal for GM to solve its problems by reorganizing under Chapter 11 of the Bankruptcy Code. We addressed the question of bankruptcy in stark detail in Appendix L of our viability plan. Apparently, professor Roe either didn’t read our plan or doesn’t agree with our analysis. Given the continued promotion of bankruptcy by so many pundits, it’s worth briefly reexamining this issue.

Bankruptcy advocates have a number of reasons for favoring Chapter 11. Some are simply frustrated with the expense and complexity of current government-supported restructurings. (We, too, wish there were quick, easy solutions to the credit crisis and economic meltdown.) Some specifically seek to punish unions, bond holders, corporate leaders, suppliers or other stakeholders. Some believe that bankruptcy will enable GM to “clear the decks” and start afresh.

Let me briefly review why we think a tough out-of-court reorganization is best for GM, the taxpayers, and other stakeholders.

Bankruptcy reorganization takes cash – lots of it. For a company like General Motors to operate in Chapter 11, it would need massive debtor-in-possession loans. With credit markets frozen, there is realistically only one source of such loans – the federal government. We estimate loans needed to reorganize GM in Chapter 11 could top $100 billion, far more than the out-of-court fix envisioned in our restructuring plan.

One reason this figure is so large is that GM’s revenues would plunge in bankruptcy. I ask: “Would professor Roe and his Harvard colleagues buy a car or truck from a company in bankruptcy, when there are similar products available at another dealership right down the block?” I expect that if they were honest, they would answer “Probably not.” So why do they expect other shoppers to behave differently? The GM viability plan includes a detailed analysis of this revenue risk (Appendix L, Exhibit 3), an analysis bankruptcy advocates seem eager to dismiss or ignore.

Finally, while “clearing the decks” sounds refreshing, the reality would be anything but. The bankruptcy process would bring financial hardship to millions who rely on GM – and upon whom GM relies. GM suppliers, already pushed to the edge by the recession and credit crisis, would in many cases follow GM into bankruptcy, jeopardizing the flow of parts GM needs to produce vehicles – and generate revenue. Fewer health care dollars would have a real impact on employees and retirees, as well as on local health care providers. Should GM’s pension plans be turned over to the federal government, the result would be reduced benefits for some retirees and greater expense for the taxpayers. The deck in question turns out to be one that millions of ordinary Americans stand on.

There is no question that GM needs to restructure its operations and its balance sheet. The detailed plan we submitted to the U.S. Treasury on February 17 does precisely that. We consulted some of the leading experts in corporate restructuring when we developed this plan, and we challenge bankruptcy advocates to study the plan – all 117 pages of it. We think it makes a solid case for our belief that an out-of-court reorganization offers the best course for right-sizing GM’s liabilities while preserving as much of the company’s value as possible.