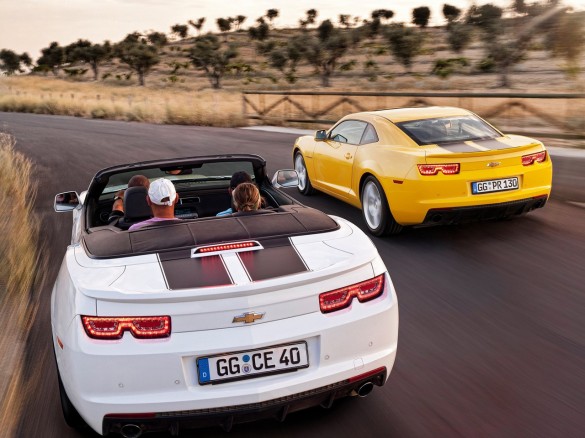 The European version of the Chevrolet Camaro, finally reaching Europe as a 2012 model after a decade-long hiatus, receives exclusive styling tweaks that American Camaro fans may grow envious of.

The new 2012 Camaro, finally making its return to Europe, gets slightly different styling from the American version. The most noticeable changes are found on the rear of the vehicle with new LED taillights and rear fascia design. Additionally, European Camaros, both convertible and coupe versions, will all be powered by the 6.2-liter V8 engines found in SS trims here in America.

Other design characteristics unique to the European Camaro are reflectors positioned just above the exhaust pipes and larger side review mirrors. With the new 2013 Ford Mustang getting a well-perceived design refreshing, we are sure to see American Camaro owners adopt the new European styling from aftermarket suppliers very soon.