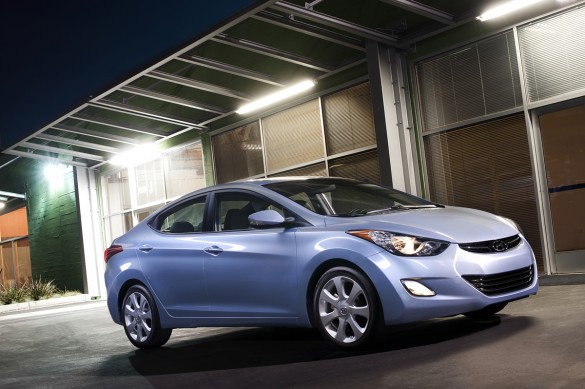 When you shop for a car, the window sticker, also known as the “Monroney label,” discloses a lot of information for the consumer. On it, you’ll find a car’s suggested price, complete with all included accessories, an estimated annual fuel cost, its smog score and its greenhouse gas (or global warming score). In bold numbers, you’ll also find three EPA-provided fuel economy numbers: highway mpg, city mpg and combined mpg.

The labels are meant to be easy to understand, and manufacturers don’t have much leeway in regards to the information contained. Advertising is a different matter, and here car companies have a bit more latitude in the claims they make, as long as they’re grounded in fact.

Since fuel economy became a selling point (back in about 1972), manufacturers emphasizing fuel economy have always highlighted the highest fuel economy number, usually highway mpg (except with some hybrids). On its new Elantra, for example, Hyundai points out that it’s capable of achieving fuel economy of 40 mpg. In fine print, the automaker identifies that this is highway mpg, and that city mpg is considerably lower at 29 mpg.

According to Automotive News (subscription required), a group calling itself “Consumer Watchdog” is now suing Hyundai over its advertising, alleging that the automaker was unclear about the conditions under which the Elantra could achieve 40 mpg. It further claims that disclosures in print advertising were illegible or omitted entirely, and is seeking unspecified damages (and class action status) on behalf of its client, Louis Bird.

Frankly, we’re more than a little tired of frivolous lawsuits, and the plaintiff’s allegations that he purchased the Elantra without understanding that it wouldn’t deliver 40 mpg under all conditions are, at best, ludicrous and a waste of the court’s time. If Hyundai is guilty here, than every manufacturer who’s ever sold a car based on fuel economy claims is complicit, too.

If Consumer Watchdog has its way, we assume that all future advertising would have to include city and combined mpg, too. Why stop there, though, since fuel economy can vary based on driving style? Why not include a disclaimer that “actual mileage, under all conditions, can range from 5 to 40 mpg?” You’ll have to include other disclaimers, too, like “depending upon the engine’s state of tune, environmental conditions, tire pressure, driving style, road surface and other factors to be determined.”

Perhaps a 30 minute spot, or a 10 page spread in print, would be enough to cover these absurd requirements, but who’d actually watch or read such an ad? As with any major purchase, the old rule of “buyer beware” applies to cars. If you’re not entirely sure what you’re buying, don’t put your money down.