Bad News For Enthusiasts: More CVTs On The Way 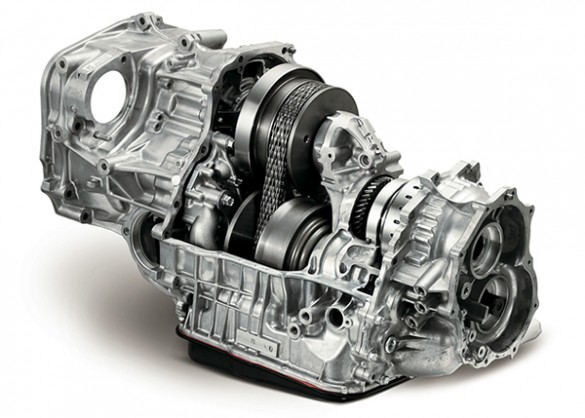 On paper, continuously variable transmissions (CVTs) sound like a good idea. Instead of relying on a fixed number of gear ratios, CVTs use belts or chains and variable-sized pulleys to constantly change the gear ratios to suit driving conditions. Since they have fewer parts, they’re less expensive to build, and they usually reduce fuel consumption, so manufacturers love them. Some CVTs even come with a “manual shift” feature that allows drivers to select a (simulation of a) fixed gear ratio.

For those of us who love to drive, CVTs are a giant step backward in automotive technology, turning the automobile into just another soulless appliance, like a toaster oven with more moving parts. CVTs run the gamut from truly horrible (like the unit Ford used in its old Freestyle wagon) to merely “least worst” (like the CVTs currently used by Nissan). In our experience, CVTs produce lots of noise as the engine winds out, but little that resembles forward motion; in fact, CVTs feel the same to us as a failing automatic transmission, and that’s not a good thing.

Now Automotive News (subscription required), via Autoblog, reports that more CVTs are on the way; in fact, we can expect to see more than double the number of CVTs on the market over the next four years. In 2005, only one percent of new vehicles were equipped with CVTs, but by 2010 that number had jumped to seven percent. If projections by IHS Automotive are correct, 16 percent of new vehicles delivered by 2016 will be equipped with the much-loathed gearboxes.

Yes, we know that CVTs have gotten better in recent years, much the same way that root canal surgery has been improved, too. Frankly, we aren’t eager to sign up for either, and we sincerely hope that manufacturers abandon their love affair with CVTs. Conventional automatic transmissions have progressed to the point the we (generally) don’t complain about driving them anymore, and seven or eight forward speeds is plenty to provide both acceleration and fuel economy.