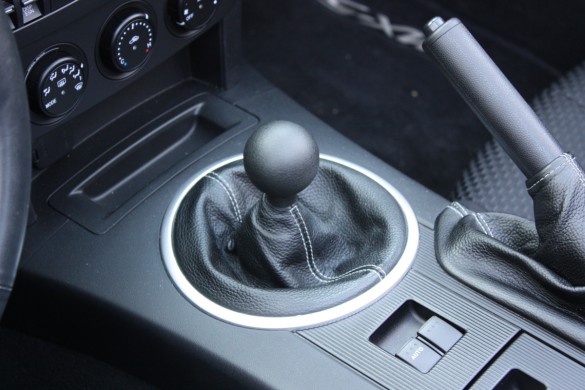 In 2011, only 3.9 percent of the cars sold in the United States came equipped with a manual transmission. Through the first half of 2012, that number has risen to seven percent, giving automotive enthusiasts a bit of hope for the future.

The take rate for manual transmissions is up at a time when the number of vehicles offered with a row-it-yourself gearbox is down. As The Los Angeles Times reports, only 36 percent of new vehicles sold in the U.S. can be equipped with a stick, while back in 2001 some 52 percent could be ordered that way.

No one knows for sure why more people are buying manual transmissions, but the general assumption is that more manual-trans drivers are trading in old cars on new. In other words, the spike in demand is likely to be temporary, and Edmunds.com analyst Ivan Drury believes that manuals are “on track to be virtually extinct in the next 15 to 20 years.”

For those without a passion for matching revs on a down-shift, newer automatics offer some serious advantages. They typically deliver better performance, often with improved fuel economy, too. While manual transmissions used to be priced below automatics, today there’s usually parity in price between transmission options.

Given the reported rise in CVTs, there’s no doubt the future looks bleak for those of us who prefer to row their own gears. This may be our final moment in the sun, so lets enjoy it while we still can.