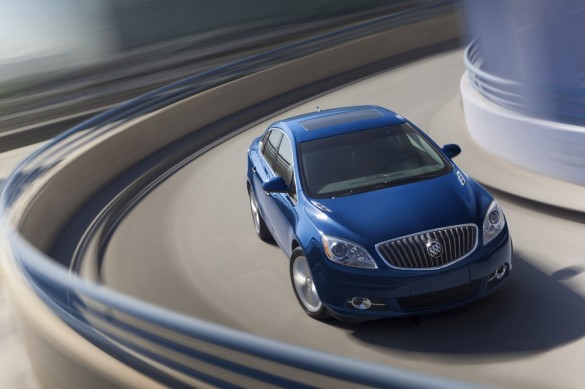 Try to wrap your head around this one for a moment: Buick, long the brand of AARP members and those who consider 4:00 p.m. to be too late for dinner, has become the new Pontiac. In terms of sport-themed sedans, Buick already has the Regal Turbo and the Regal GS, and now it’s adding a third forced-induction luxury sedan into the mix with the debut of the 2013 Verano Turbo.

The Verano Turbo gets the same 2.0-liter Ecotec turbo found in the Regal GS and the Regal Turbo. The good news is that the Verano is a smaller and lighter car than the Regal, so the 250 horsepower and 260 pound-feet of torque that Buick’s given the Verano Turbo should prove entertaining, If you’re keeping score at home, that’s more horsepower (but the same amount of torque) than the Regal Turbo gets, but it’s nowhere near the Regal GS’ output. Buick may want to attract new buyers, but not by pirating sales from the higher-margin Regal lineup. 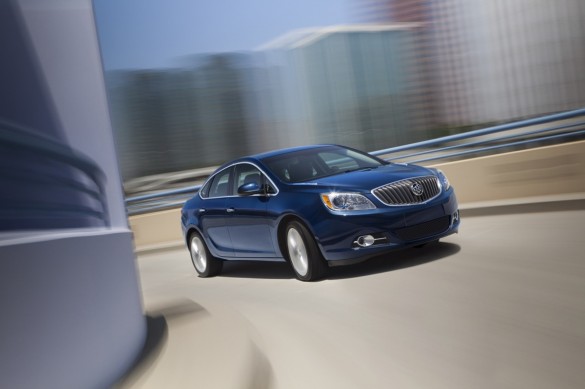 The Verano Turbo is even available with a six-speed manual gearbox, proving again that Buick has the enthusiast driver in mind. If there’s bad news, it’s that the Verano is front-wheel-drive, so don’t expect the handling to be on par with the Cadillac ATS or the BMW 3 Series.

We’re on the fence about the Verano Turbo’s $29,990 sticker price (which includes the required $885 destination charge). On the one hand, that’s less than a stripped Cadillac ATS and it includes plenty of luxury content (such as leather seating, Bose audio, rear park assist, rear view camera, blind spot detection and cross path detection). On the other hand, $30k buys a lot of other front-wheel-drive (or all-wheel-drive) cars with less luxury and more entertainment value. 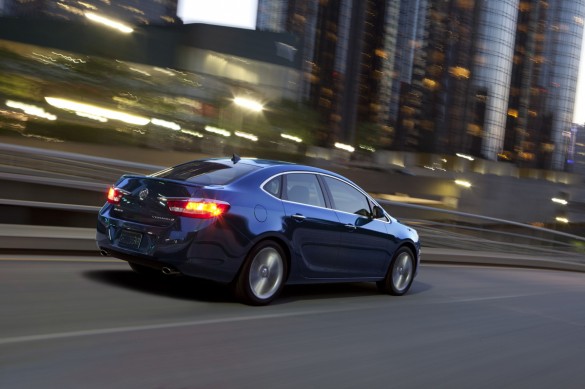 If you’re looking for a car to take to the Tail of the Dragon and run track days in, the Verano Turbo probably isn’t it. On the other hand, if you want a comfortable daily driver with some entertainment value, the Verano Turbo looks to be a reasonable alternative to the Honda Accord, the Toyota Camry and the Acura TSX.