Bugatti Galibier On Track to Get Over 1,000 Horsepower and Top Speed of 235mph 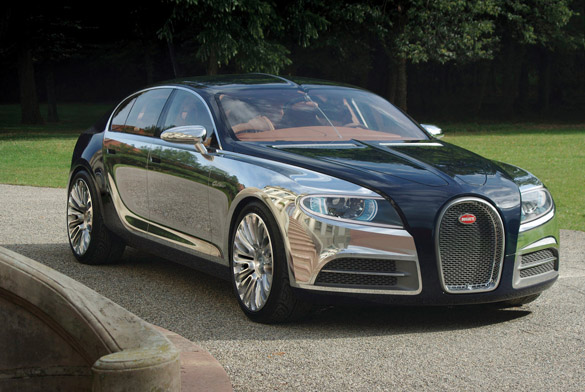 Bugatti’s super-sedan, introduced as the Galibier concept in 2009, has been spinning on the rumor mill for a few years now. The recent developments in the production of what will be the world’s fastest production sedan ever, have moved forward with CEO Wolfgang Durheimer reassuring the guys at Car and Driver that the super-sedan is being pursued “with high energy”.

The Bugatti Galibier, in its stunning concept form, looks to be the ultimate successor to the Veyron. Now multimillionaires and billionaires can transport a few additional friends to the party faster than anyone else on the road when the Galibier becomes a reality. Car and Driver speculates on the idea of the Galibier having even more power than first imagined, possibly a ridiculous 1,400 horsepower. For a sedan to reach 235 mph, that figure may be reasonable. 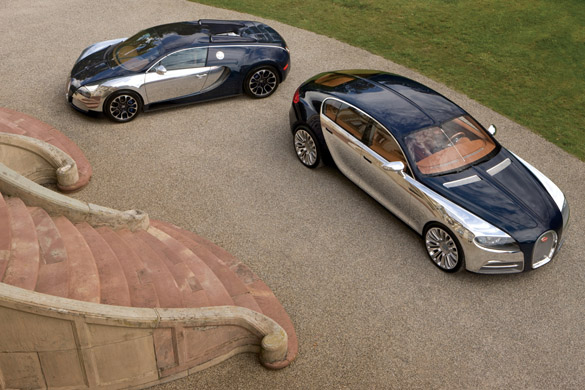 The new Galibier is rumored to be introduced under the name “Royale”. The priority of the upcoming super-sedan, as Durheimer puts it, “…is sheer power, not a hybrid.” So don’t expect any heavy batteries or electric motors in this puppy. Purportedly, the design elements from the original Galibier concept have slightly changed. The final version will still need to be given the go-ahead by VW CEO Martin Winterkorn, supervisory board head Ferdinand Piech and the Durheimer.