Are V-8 Engines From Infiniti The First Victims Of The New CAFE Rules? 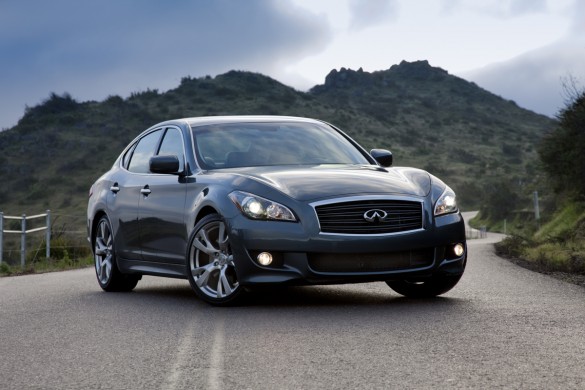 Last week, the White House approved proposed fuel economy regulations that require automakers achieve a fleet-wide Corporate Average Fuel Economy of 54.5 mpg by 2025. Along the way, graduated steps ensure that automakers are improving fuel economy by year, and one of the first victims of the new enviro-jihad is likely to be the V-8 engine (at least among mainstream automakers).

CarSales, via Motor Authority, reports that Infiniti may be the first automaker to officially pronounce the V-8 dead. Johan de Nysschen, Infiniti’s global president, was quoted as saying, “I don’t think that any car that is on Infiniti drawing boards from here onward we should expect a V-8 to be included in that plan.”

Infiniti’s strength has always been in V-6 engines, with V-8s going into relatively few products (only the QX56, FX50 SUVs and the M56 sedan come to mind). Its decision, then, comes as no big surprise, since V-8 power isn’t a hallmark of the Infiniti brand. More ominous, however, was de Nysschen’s prediction that German automakers such as Audi (his former company) and BMW will also be abandoning the V-8 in the very near future.

We’re not sure what that translates to in terms of model years, but it’s very clear that the writing is on the wall. If you’ve been looking to buy a sedan or coupe with V-8 power, we don’t suggest you put it off too much longer.