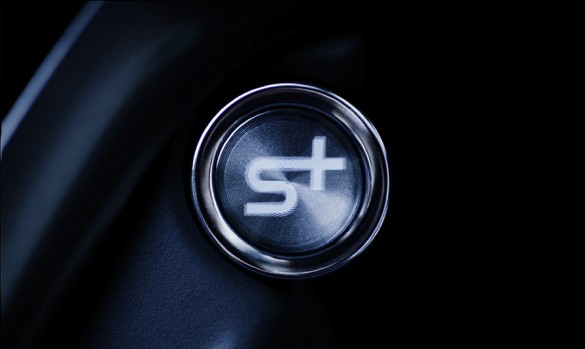 The S+ button inside the upgraded CR-Z

If you like the looks of the Honda CR-Z, but not its performance, we’ve got some (potentially) good news for you: Honda is hinting at a revised CR-Z, set to debut on September 27, the opening of the Paris Auto Show. While there aren’t many details revealed on the Honda Japan website (via Motor Authority), it looks like the “sports hybrid” will get revised headlights with LED accents, new wheels and an “S+” button inside the cabin.

We’re guessing that S+ stands for Sport Plus, which (hopefully) means more power from the over-taxed 1.5-liter four-cylinder engine. In its current state, the CR-Z delivers a combined output of just 126 horsepower and 165 pound feet of torque with the manual transmission, and that’s not much to move a 2,700 pound car. The CR-Z was Honda’s attempt to create a “sports car without guilt,” but instead it created a sporty coupe without grunt.

Rumors of hotter CR-Zs have popped up since the car was launched, but nothing has transpired in production form. To make the car faster, first you need to overcome the deficit of the added hybrid weight (motor, batteries and controller), and then there’s the issue of the 1.5-liter engine to contend with. If you ask us, Honda would do well to launch a gasoline-only version, powered by the 2.0-liter four-cylinder from the previous generation Civic Si. In fact, we’d be fine if Honda called it an CR-Z Si and offered it only with a six-speed manual gearbox.

It wouldn’t set sales records, but we bet it would go a long way towards upping Honda’s stock in the eyes of driving enthusiasts.