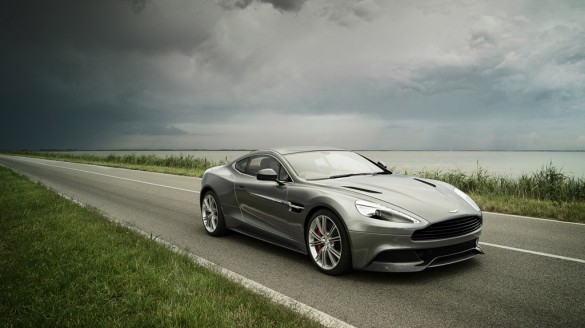 The all-new 2013 Aston Martin Vanquish, boasting new sexy curves, had its day under the lens of professional photographer Rene Staud to show off a plethora of new images and video footage of the 565-horsepower super grand tourer.

As a rarity, the released promo videos (below) of the new Vanquish shows us how some of these spectacular images were captured.

The new 2013 Vanquish, successor to the DBS, is the ultimate breed for road-going Aston Martins featuring design elements from the famed Aston Martin One-77. The new Aston Martin Vanquish is good for top speed of 183 mph and 0-62 mph spring in 4.1 seconds.