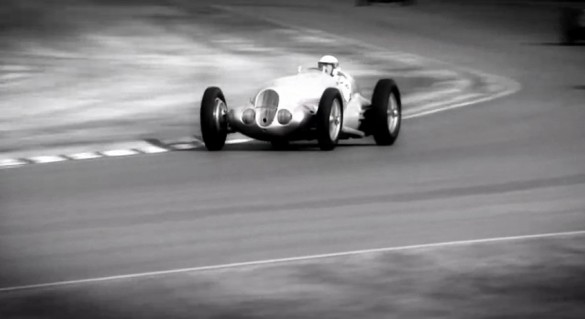 The term “Silver Arrow” is a somewhat generic descriptor for pre-World War II German Grand Prix cars. While many of the Mercedes pre-war racers were saved during and after the Second World War, the same can’t be said of grand prix cars from Auto Union, the forerunner of what we know as Audi today.

For this year’s Goodwood Revival, the Earl of March was able to gather the surviving ten Silver Arrow cars from both manufacturers, featuring them in exhibition drives with legends like Jackie Stewart and Jochen Mass at the wheel. As challenging as it may be to drive a modern Formula One car, it takes a special kind of crazy to pilot a 400-horsepower vintage F1 car, with no safety features and skinny bias ply tires, around a track at speed.

Given the priceless and irreplaceable nature of the cars, we doubt that either Mercedes-Benz or Audi will be offering us a drive in a Silver Arrow any time soon.