The End Is Near: California Green Lights Driverless Cars 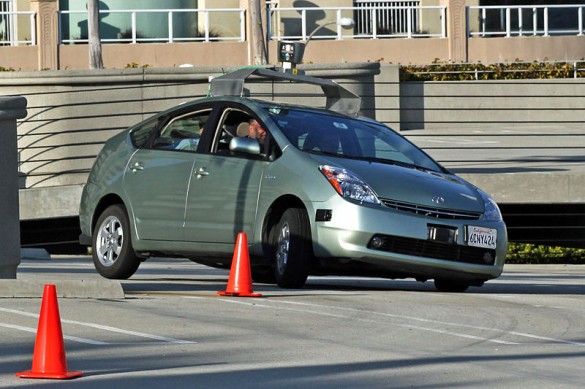 A future filled with driverless cars, choking the highways as they creep along at or below posted speed limits, just edged one step closer to reality. California governor Jerry Brown has signed a bill that calls for the creation of safety and performance guidelines covering the operation of driverless cars on state roads, ultimately paving the way for their approval.

Given that pioneering autonomous car creator Google is headquartered in California, the move was really a matter of when, not if. The Washington Post quotes Google co-founder Sergey Brin as saying, “the self-driving car can really dramatically improve the quality of life for everyone,” especially drivers who couldn’t otherwise take to the roads themselves. While that will certainly help the blind or disabled, it will also be a benefit for those with alcohol or drug dependencies. We’re sure bars will be the first to support autonomous cars, as they’d essentially eliminate the possible liability of drunk driving.

Not everyone is enamored by the prospect of driverless cars, though. The Alliance of Automobile Manufacturers feels that California is rushing headfirst into the technology before answering some key questions, like “who holds the liability when a mainstream car is converted to autonomous operation without the manufacturer’s consent?” We suppose that question will ultimately be for the lawyers to sort out, along with many others.

Don’t expect to see autonomous cars on the road next year, or the year after that, but make no mistake: they’re coming in the not-too-distant future. While we suppose they’ll have their benefits, they’ll also reduce the act of operating a motor vehicle to one more tedious chore that humans need not be bothered with.

For those of us with a passion for driving, perhaps that’s the hardest autonomous car pill to swallow.