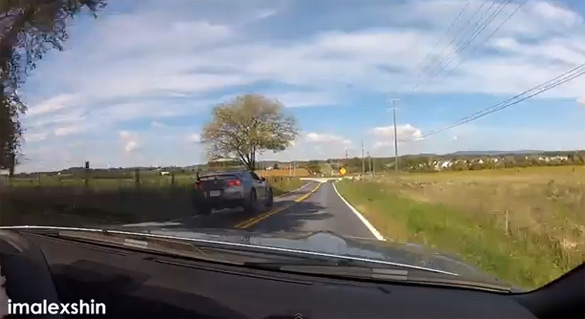 There is a hypocrite in just about every group of car guys/gals. The choice of whether that hypocrite reveals himself/herself is inevitable in peculiar situations. Speaking of a peculiar situation, the guys at Speed Society recently found and posted a Youtube video of some enthusiasts, including a few Nissan GT-Rs, ‘cruising’ on a back road where one decides to perform a kamikaze maneuver over the crest of a hill. We would solely agree with the driver in the camera vehicle’s NSFW language, although, it seems he may be somewhat of a hypocrite by the footage of him overtaking another car on the crest of a hill also. Just so happens he was not carrying near as much speed as the “effin retard”, which looks as if he totaled out his GT-R. You be the judge!

The videos below show the full incident along with the camera car guy posting a video claiming to help the unfortunate driver out.