The Evolution Of Formula One Crash Helmets, Explained: Video 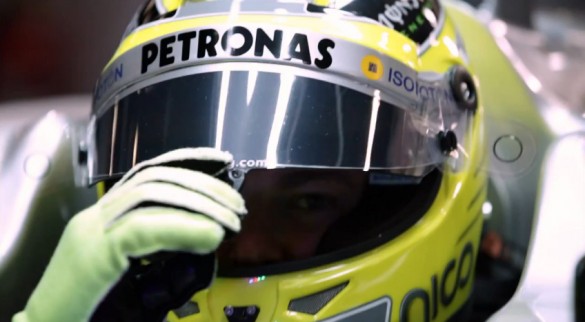 Though it’s nearly impossible to imagine this today, crash helmets weren’t required in Formula One before 1953. Prior to that, most drivers wore a fleece-lined leather cap that offered little protection from debris and zero protection from impact. It took an incident with Formula One star Rudolf Caracciola to open the eyes of F1 drivers on the dangers of driving sans helmet.

In 1946, Caracciola was invited to drive in the Indy 500. Stewards wouldn’t let the German driver on the track without a helmet, so his sponsor scrounged up a surplus tankers helmet. While practicing for the race, Caracciola took a bird strike to the head, which left the driver unconscious and in a coma for several days. While his injuries were severe, they most likely would have been fatal without the helmet.

From 1953 through 1969, drivers generally wore open-face helmets. In 1970, Lotus driver Jochen Rindt took a stone to the face at the French Grand Prix, and soon after began wearing a full-face helmet. The concept soon won acceptance from other drivers, who quickly realized the safety benefits of a full-coverage helmet.

Today, helmets protect from both impact and fire, per FIA regulations, and are designed to prevent buffeting at high speeds. Built primarily of carbon fiber, the helmets are generally changed out three or four times per season in the interests of safety, since even the slightest damage can compromise the overall strength of the helmet.