In Search Of An Identity, Mazda Plans To Move Upscale 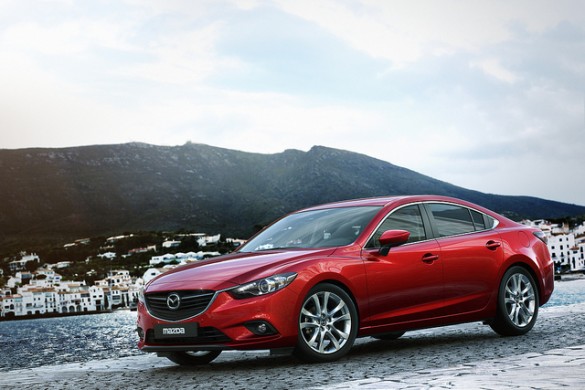 For decades, Japanese automaker Mazda has been known for building cars that are fun to drive. Even if you discount the Mazda MX-5 Miata, the world’s best-selling sports car, the brand has still given enthusiasts cars like the Cosmos, the RX-2 & 3, the RX-7, the RX-8, the Mazdaspeed3 and the Mazdaspeed6. The sad truth of the matter is that enthusiasts are in the minority, and Mazda currently enjoys a scant two-percent global market share.

As Mazda’s CEO, Takashi Yamanouchi told Automotive News (subscription required), “In the global market, what is the significance of a player with a mere two-percent? We came to the conclusion that if we make ordinary cars for the mass market, there is no reason for us to exist.”

Yamanouchi’s ambitious goal is to grow sales by 43-percent in the U.S. market, with a target of 400,000 units by the end of the 2015 fiscal year. To do so, Mazda is relying on a wave of new product launches, as well as a repositioning of the brand to be “Japanese premium,” although that descriptor won’t be used in its marketing efforts.

Look for the new Mazda6 to take the point in reestablishing the brand. Due to hit dealers in January, the Mazda6 will rely on a mixture of styling, technology and premium materials to win the hearts and minds of buyers. Skyactiv, Mazda’s suite of eco-friendly technologies, will also play a role in the brand’s emerging image.

If you think that Mazda is targeting Lexus or even Acura with its latest move, think again: Hirotaka Kanazawa, Mazda’s global head of R&D, is quick to position the Mazda6 against German rivals, not Japanese. There’s a danger in doing so, as Suzuki tried the same thing with its Kizashi sedan. While the Mazda6 will likely be a more polished product than the Suzuki, it remains to be seen if buyers shopping for a BMW or Audi would include Mazda on that same list.