Jaguar’s C-X75 Falls Victim To The Global Economy, Other Priorities 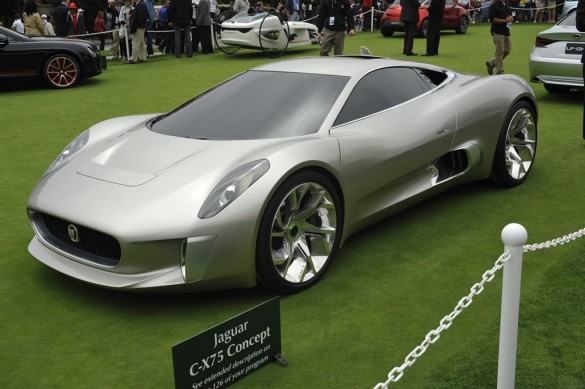 If you thought Jaguar’s stunning C-X75 concept was among the most beautiful cars ever penned by the brand, you weren’t alone. In fact, the reception by both the public and the media was so universally positive that Jaguar made the bold decision to put the car into production for release in late 2013 or early 2014.

Unlike the concept, which was an extended-range electric car powered by “microturbine” engines, the production C-X75 would use a parallel hybrid setup, relying on a turbocharged four-cylinder engine and a pair of electric motors for propulsion. The microturbine cars was still being developed, but with the goal of launching a track-only variant.

Now comes word from What Car?, via Motor Authority, that the C-X75 project has been cancelled. Blame it on the current state of the global economy, which really doesn’t favor the launch of another supercar expected to price north of $1 million. Jaguar also has higher priorities these days, such as launching its highly-anticipated F-Type roadster and helping family brand Land Rover bring the new Defender to market.

Though the C-X75 may be gone for now, it won’t be forgotten. Of five built, three are being retained for future development, and its likely that components or systems developed for the C-X75 will make their way into production Jaguars. Meanwhile, the two C-X75s that do make it into private hands are destined to become the most highly prized collector Jaguars on the planet (except, perhaps, for the XJ13 racer).