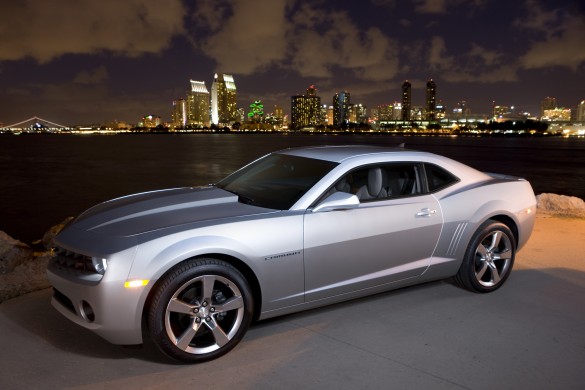 Though recognized as an icon of Americana, the Chevrolet Camaro has a dirty little secret that casual fans of the car probably don’t know: the current version isn’t built in the United States. Since the new model was launched in 2009, production has been handled exclusively by GM’s Oshawa Assembly Plant, located in Oshawa, Ontario, Canada.

That changes when the next generation of Camaro begins production sometime in 2014. Assembly will be moved to General Motor’s Lansing Grand River Assembly Plant in Lansing, Michigan. The official reason is “lower capital investment and improved production efficiencies,” but the issue is far more complex that a simple sentence makes it sound.

First, the Zeta-platform Camaro is the only rear-drive car built on the Oshawa line, which adds to the complexity of assembly. When production shifts to Lansing, the next-generation Camaro will be built alongside other rear-drive cars, such as the Cadillac ATS and the Cadillac CTS. Word is that the next Camaro will also share GM’s Alpha platform with the Cadillac ATS, so building both under the same roof makes good financial sense.

As for the Oshawa plant, the trade-off is that it will continue to produce the Chevy Impala when the next generation launches in 2014. The Impala will join other Oshawa-built front-wheel drive cars, including the Cadillac XTS, the Chevy Equinox and the Buick Regal.