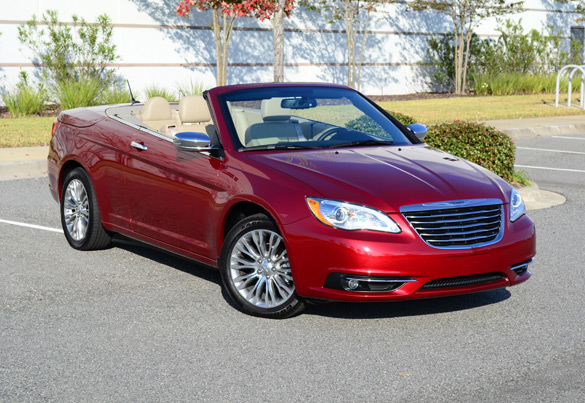 For 2013, Chrysler continues to keep their prided 200 convertible moving forward with slight improvements. For the 2013 model year, the new Chrysler 200 Convertible remains the same except for much-needed suspension system improvement for the V6 soft-top model. 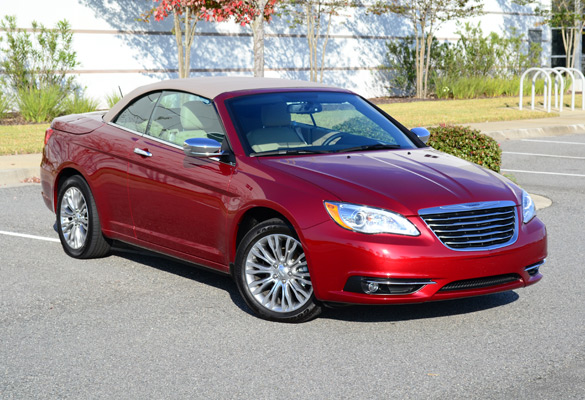 Having driven the new Chrysler 200 Convertible earlier this year, it was evident of Chrysler’s goal to provide the masses with an affordable option when the need arises to literally let the top down and your hair blow in the wind. With much of the success of Chrysler’s two door Sebring convertible being the gateway to the new 200 convertible, Chrysler kept things simple but expanded the new fresh styling of the 200 sedan and new technology with an excellent powertrain. 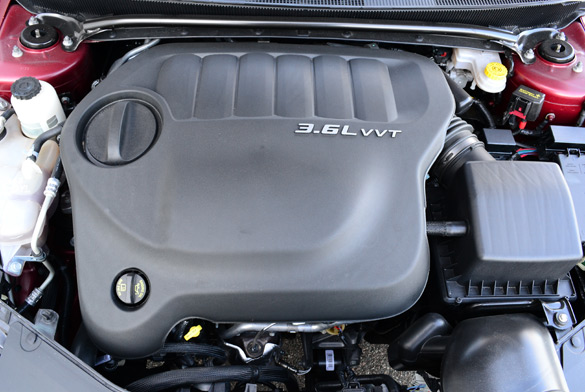 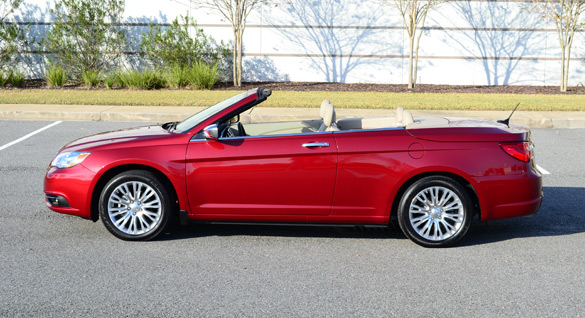 The new 2013 Chrysler 200 convertible is available in a base Touring trim with a 2.4-liter 4-cylinder engine producing 173 horsepower and a Limited trim featuring the 283 horsepower 3.6-liter Pentastar V6 found in my test vehicle. For 2013, either trim can be optioned with an S package featuring sporty accent such as a darkened grill, sporty darkened alloy wheels and perforated sued-like leather seat inserts with the S embroidering.

Power output from the beefy 3.6-liter V6 engine is delightful but delivered in an inconstant manor due somewhat hard shifts by the new 6-speed automatic transmission in my test vehicle. I do not remember the 2012 200 Convertible S that I reviewed earlier this year shifting so abruptly. Possibly, the transmission programming has been adjusted for the 2013 model. Either way, the 6-speed auto transmission still quickly shifts but not without some unnecessary feedback at times. Fuel economy for the V6 model is estimated at 19 mpg city and 29 mpg highway, which were easily attainable numbers during my time with the V6 200 Convertible. 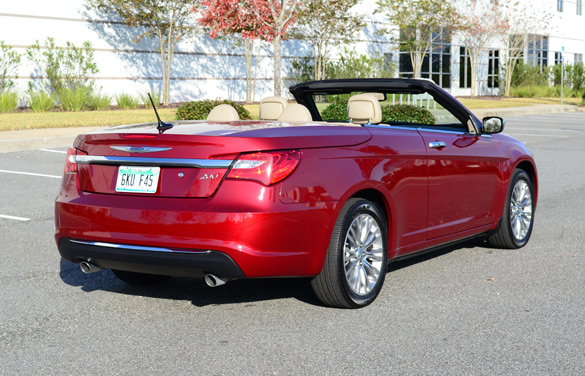 To address previous issues of the 2012 Chrysler 200 convertible’s hefty weight, the suspension system for the V6 soft-top convertible has been revamped. The spring rates are now higher, by over 20%, with some additional damping and a thicker front anti-roll bar. The setup may have been a bit too harsh for the hard-top convertible model, but all 200 convertibles get a revamped steering rack and rear toe-link for a better road-feedback and ease of drivability. The new setup seems to keep the car more balanced with only a minimal amount of added stiffness to the ride going across bumps when compared to last year’s model. Still, the over-weight issue (4,058 pounds) is noticeable when the 200 convertible is pushed near its limits in turns. And it is not hard to find those limits. In a nutshell, the new 2013 Chrysler 200 Convertible with its revamped suspension system eliminates its preconceived clumsy handing traits. 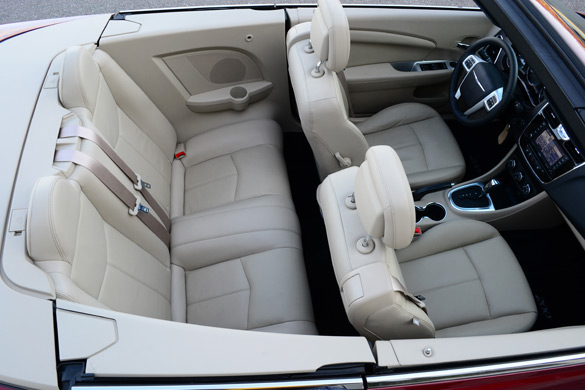 Exterior and interior styling remains the same for 2013. Chrysler’s Uconnect system still integrates nicely while the typical dashboard controls reintroduce the familiarity of a properly attired rental car.  Some will find it hard to quickly obtain a comfortable driver’s seating position even with the power seat. Moreover, the front seats fail to have enough bolstering to keep you in place even during a Sunday drive. 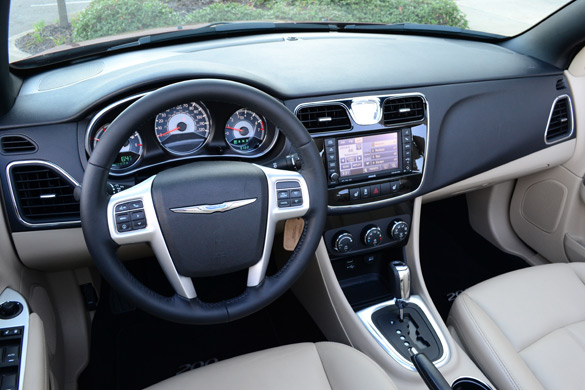 The new 2013 Chrysler 200 Convertible still remains to be a big improvement over the Sebring convertible. Over-all, the fresh exterior styling and over-all demeanor attempts to shake off being the epitome of a convertible rental car. 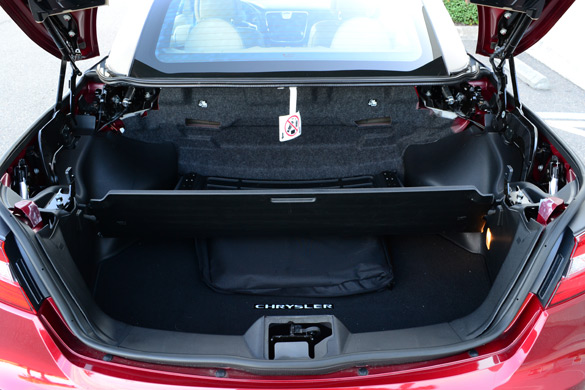