“Inside Koenigsegg” To Debut On YouTube’s Drive: Video 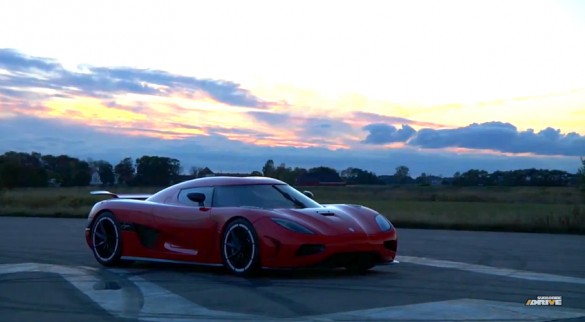 The Koenigsegg Agera R can dash from 0-186-0 mph in a mere 21.19 seconds, faster than any other production car on the planet, including the Bugatti Veyron. Running conventional 93-octane gasoline, the Agera R puts out an impressive 960 horsepower; on E85, however, it makes a truly astounding 1,140 horsepower. Recent updates to the Agera R include “Aircore” wheels, constructed using hollow carbon fiber spokes, and a revised suspension designed to further boost handling.

If you get the feeling that Koenigsegg is a supercar builder that does things a bit differently, you’d be correct. Now, YouTube’s Drive channel is giving us a behind-the-scenes look at Koenigsegg, hosted by none other than Christian Von Koenigsegg himself. The nine-part series will debut on January 8, and it promises to be much more than just an advertorial for the Koenigsegg brand.

Sure, we expect lots of “we’re better than the competition” segments, but Drive also promises that the series will look at how technology developed by Koenigsegg has the potential of improving even ordinary passenger cars. Aircore wheels, for example, will certainly help boost performance and handling, but they’ll also help to increase fuel economy, essential in the world of mainstream production cars. While we wouldn’t expect the Ford Fusion to sport hollow carbon fiber wheels any time soon, lower carbon fiber production costs could eventually lead to more widespread usage.

If you’re not a fan of Koenigsegg, or if you’ve never even heard of the Swedish brand, the series still offers up a glimpse into a world that few of us will ever see first hand. For that reason alone, we say it’s not to be missed.