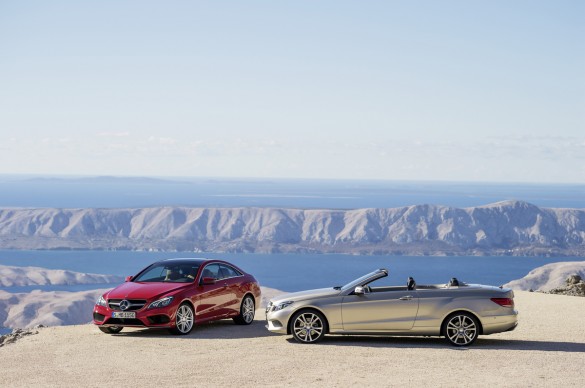 The entire range of refreshed Mercedes-Benz E Class models is set to debut at the upcoming Detroit Auto Show, but Mercedes-Benz has opted to release images of its latest E Class Coupe and Cabriolet in advance. Like the already-shown E Class Sedan, the two-door models get subtle but tasteful exterior styling tweaks, since E Class buyers (like BMW 3 Series buyers) don’t appreciate radical change. 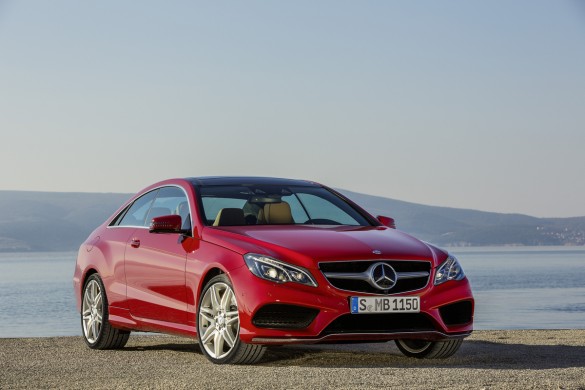 If change isn’t for you, you’ll like what Mercedes has done with the 2014 E Class Coupe and Cabriolet. The front end is the most significant revision, as it stays true to the artful design of the 2014 E Class Sedan. Oddly enough, Mercedes has opted to keep the pontoon rear fenders, a design trait we like even less on two door models than we did on the sedan. 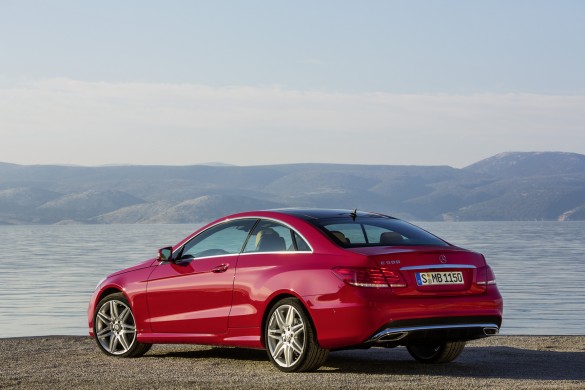 Inside changes mostly fall into the minor category as well. There’s a new design for the steering wheel, redesigned air vents, chrome-finished switchgear and a Direct Select shift lever that replaces last year’s console-mounted gear selector. Cabriolet models get an acoustically-insulated soft top, making them the quietest convertibles in the segment. 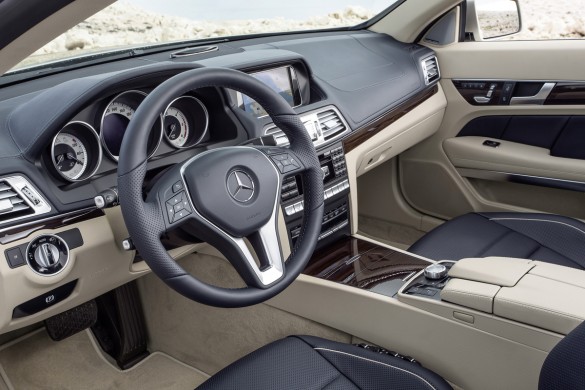 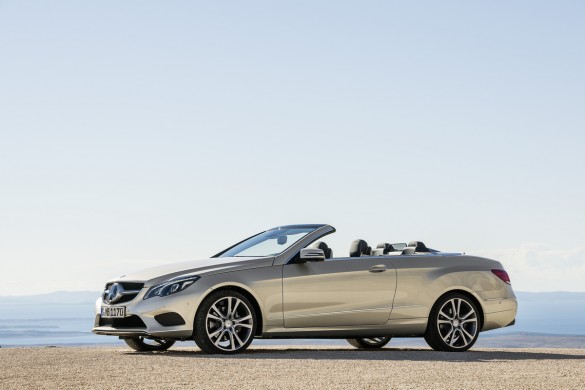 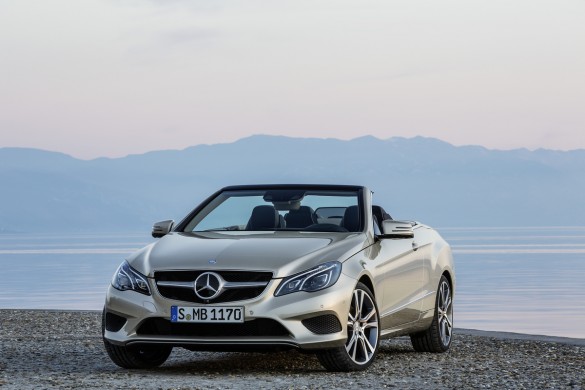 Look for the 2014 Mercedes-Benz E Class Coupe and Cabriolet to hit dealers next summer.